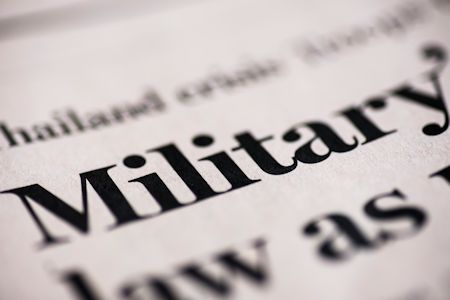 When parliament was recalled this month to discuss military action in Iraq, cross-party support for UK involvement was widely expected. The overwhelming vote in favour – 524 to 43 votes – confirmed this. A number of arguments have been put forward by President Obama and David Cameron for military action, but why is this happening now?

Some are already arguing that the answer has a lot to do with the media – in particular the opportunities provided by ‘new media’ to disseminate shocking images across the world.

The videos posted online of the beheadings of the two American journalists James Foley and Steven Sotloff and that of the British aid worker David Haines by IS (Islamic State) seemed to reveal the incredible power of the media to rapidly shift public opinion and trigger a foreign policy reaction.

Following the release of these videos the rhetoric from US and UK has rapidly been ramped up. President Obama now talks about the need to come together and ‘dismantle this network of death’, while Prime Minister David Cameron has called the IS ‘an evil against which the whole world must unite’.

Confidence in the UK

Cameron is confident in the readiness of the UK to play a part in the international efforts to tackle IS, alongside (at the moment) the US, France and a number of Arab countries including the United Arab Emirates, Jordan, Qatar and Saudi Arabia. His confidence is well-founded considering that both Nick Clegg and Ed Miliband have already confirmed their support.

The idea that particular news stories can have a major political impact influencing both public opinion and the decisions of political leaders is not new. The notorious footage of the execution of an alleged communist fighter by General Loan during the 1968 Tet Offensive that was broadcast on the US networks news is believed by many to have influenced US public opinion and President Johnson himself.

Later on, in the 1990s, the same idea became known as the ‘CNN effect’. This referred to the presumed power of media to influence policymakers to undertake humanitarian interventions in response to images of humanitarian crises. It suggested that media visibility of distant suffering matters, and can make politicians take action.

The problem with these theories is that empirical verification is very hard to find. Research into the CNN effect has delivered contradictory evidence, and raised questions about its validity and scope. Nevertheless, the possible connections between media images, public opinion and policy action continue to interest those working at the intersection of media and politics, which includes politicians, journalists and academics.

In the current era of social media these connections only become more important, but new media forms raise a host of conceptual and empirical challenges when attempting to determine cause and effect.

Crucial role of the media

Taking the decision to go to war is not a straightforward one in a democratic state. It is understandably difficult to persuade the public that a distant battle is one worth fighting. We also know that public tolerance towards one’s own casualties is limited when the battle appears to be someone else’s. This is why David Cameron has been keen to emphasise that the threat is to ‘us’, not distant others.

The graphic deaths of westerners via YouTube have made this argument much easier to make. Ultimately the intervention in the Middle East and its timing prompts us to think about the value of human life, but when we look back on this moment, the role of the media may well be crucial to any evaluation of US or UK foreign policy decision-making.