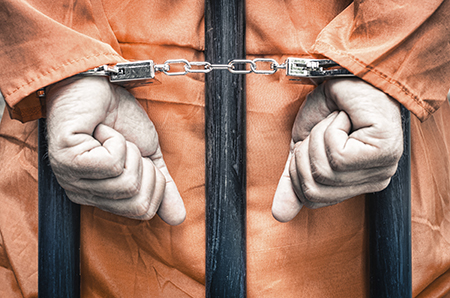 Dr Michelle Farrell is a Lecturer in Law in the University of Liverpool’s School of Law and Social Justice. She is the author of The Prohibition of Torture in Exceptional Circumstances (Cambridge University Press, 2013).

“Ostensible liberal democracies do not like to be called out for torture.

In an effort to explain away the violence, states seek – as the Bush administration did – legal and moral cover, intellectual and popular support in the form of torture apology, and justificatory rationales in the form of necessity and life-saving information extraction.

Moreover, states invariably try to recast torture as something else.

For the Bush administration, it was “enhanced interrogation techniques”. For the Israeli Landau Commission, it was “moderate physical pressure”. For the UK, it was “interrogation-in-depth”. These efforts at definitional gymnastics and legal and moral justification produce a torture compliant culture.

Revisiting the UK’s use of torture

Beyond the Senate report in which the UK is implicated, the UK government and indeed the European Court of Human Rights have a distinct – yet not unrelated – torture issue to handle.

Earlier this month, Ireland’s Minister for Foreign Affairs, Charlie Flanagan, announced that Ireland would request the European Court to revisit its decision in the infamous case of Ireland v UK decided in 1978. The decision of the Court in this case set the scene for much legal definitional wrangling over the meaning of torture.

Ireland v UK was far reaching in impact and in a way that does not flatter. The decision was cited in the Bybee ‘torture’ memo and by the Landau Commission in Israel in the late 1980s to justify both states’ unconscionable interpretations of torture.

The case concerned allegations of the use of torture against a number of individuals – the so-called ‘hooded men’. These men were under interrogation in secret detention centres in Northern Ireland following the introduction of internment in 1971. They were subjected to the “five techniques” of hooding, wall standing in a stress position, white noise, sleep deprivation and deprivation of food and water, perpetrated over a period of days and enforced through – as we now know – assaults and death threats.

Torture one day, inhuman and degrading the next

The former European Commission on Human Rights, which initially examined the case, found that the use of the “five techniques” in the interrogation of fourteen individuals amounted to torture in breach of Article 3 of the European Convention. It reached this conclusion having reasoned that the techniques were deliberately employed to break the will of the individuals; although the five techniques “might not necessarily cause any severe after effects” it saw in their use “a modern system of torture”.

The Court offered a different interpretation to that of the Commission.

It found that, used in combination, the five techniques constituted inhuman and degrading treatment in breach of Article 3. However, the techniques did not constitute torture as “they did not occasion suffering of the particular intensity and cruelty implied by the word torture as so understood”. In reaching this determination, the Court introduced the idea that there is “a special stigma” attached to torture which differentiates it from inhuman and degrading treatment.

Amnesty International requested Ireland to reopen this case following the unearthing of new evidence by the Pat Finucane Centre and by RTÉ, Ireland’s national broadcaster.

In June 2014, RTÉ aired the Torture Files, a documentary which disclosed archival material demonstrating that the British government had withheld evidence during the European hearings. The Government knew that the five techniques produced long term psychological effects and the documentary exposed the extent to which the use of the techniques constituted a political decision at the highest levels.

It also showed, significantly and sensitively, the immediate and the long-term suffering endured by the men.

The Troubling Role of the European Court

Whether or not this case is substantively revisited, I do think it is important to remember the damaging role played by the European Court in saving the UK from the “special stigma” of torture. It ought not to be excused for its erroneous decision in 1978 on the basis that it did not have all the evidence, since disclosed; it had the same information as the Commission.

The Court reached its different determination on the basis of flawed and dangerous interpretations wielded because, in the face of one of Europe’s leading and influential liberal democracies, it acted politically.

The interpretational aids dragged in to the Court to decide Ireland v UK are still in play. Torture versus other forms of ill-treatment is still – for the Court – a matter of severity of pain; it still has a ‘special stigma’, generating a confused concept of torture.

The European Court is powerless to stop torture. It does have the power to stay out of messy debates about thresholds of pain and suffering.