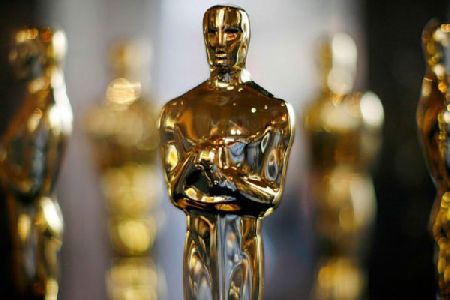 Eleven years ago, during the announcement of the Academy Award nominations, The Lord of the Rings: The Return of the King received eleven nominations and became from the outset the clear favourite in the awards race.

On the night of the Awards, it easily beat its opponents; winning an Oscar in every single category it was nominated. One of its most serious rivals was ‘indie’ favourite Lost in Translation, a film about human connection in unlikely circumstances. But the Middle Earth based blockbuster asserted itself easily over the indie film and all other films that year.

This year’s Academy Award nominations could have told a similar story. This time it was the third and final instalment of The Hobbit, another Middle Earth based, special effects laden blockbuster trilogy made by the same director who made The Lord of the Rings films. And as for its opponents, there was a flurry of high profile ‘small’ movies, which these days tend to be called ‘indiewood’ films, to highlight the complex ways in which they belong to the film industry – part independent, part Hollywood films: Boyhood (IFC Films), Birdman and The Grand Budapest Hotel (Fox Searchlight), The Imitation Game (the Weinstein Company), The Theory of Everything (Focus Features) and Whiplash (Sony Pictures Classics).

The story was somewhat different this year. The last instalment of The Hobbit was snubbed at the Best Picture category and was also left out of every other category (Director, Actor and Screenplay) except for the technical ones. Instead, it was the above list of ‘indiewood’ films, alongside two prestige, but relatively low-budget and therefore unconventional, studio pictures: Selma (Paramount), a story about Martin Luther King’s march from Selma to Montgomery Alabama and American Sniper (Warner Bros.), a film that critiques both America’s war in Iraq and gun culture by veteran filmmaker Clint Eastwood .

No doubt, a lot of people will interpret this result as a big victory for the ‘independents’, irrespective of how loosely the label ‘independent’ and its ‘indie’ derivative tends to be used by newspapers, magazines, filmgoers, the trade press, and even the industry these days. Or perhaps people will see it as an indication that even the film industry itself is getting tired with the huge influx of comic book blockbuster and franchise films that have dominated the theatrical box office in the last 25 or so years, a period that has shown a new phase of intense conglomeration that created vast entertainment corporations that are interested primarily in films that can have a global audience.

But this is not necessarily the case. Indeed, if we look back at the recent history of the Academy Awards, we will see numerous examples of ‘years of the independents,’ such as in 1986 when Kiss of the Spider Woman and Trip to Bountiful were nominated for many awards and won two; or in 1990 when Sex, Lies and Videotape, My Left Foot, and Henry V received numerous nominations and some awards; or in 1997 when ‘independent’ films received a record 44 Academy Award nominations, and four out of the five films shortlisted for the coveted Award for Best Picture (The English Patient, Fargo, Secrets and Lies and Shine) were produced outside the Hollywood studios.

But despite such occasional ‘declarations of independence’ that lent themselves to triumphant headlines, the reality is that Hollywood has always managed to assert itself. This is partly because from the 1990s onwards an increasing number of those small ‘independent’ films started to be financed, produced and/or distributed by companies that belong to the same entertainment conglomerates as the major studios that have tightly controlled cinema on a global scale. Indeed, from the list of this year’s nominated films, only The Imitation Game can lay some claim to the label independent as the rest of the films are affiliated with companies that are subsidiaries of these conglomerates (Fox Searchlight being part of News Corporation; Focus Features part of Comcast; Sony Pictures Classics part of Sony; and IFC Films part of AMC Networks).

In this respect, the money these films make will eventually find its way into the pockets of these conglomerates and not of independent entrepreneurs who took a risk by investing their family fortune.

For the lovers of intelligent American cinema, however, for people who cannot stand any more juvenile comic book films and those who do not mind where (exactly) this kind of (still very entertaining) filmmaking is coming from, this is a good year! And the Oscar nominations are here to prove it.