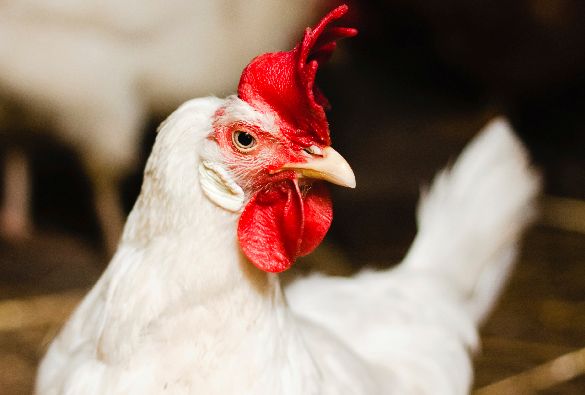 Professor Sarah O’Brien and Professor Paul Wigley are from the University’s Institution of Infection and Global Health.

“On World Health Day in 2015 it is very sobering to reflect on the fact that nearly 600m people worldwide are still affected by food-borne disease each year and more than 350,000 people die from it. Children under five bear the brunt of this – accounting for over 40% of the global total – and Africa and South-East Asia are the worst affected continents.

Food-borne disease remains a major health problem in both developed and developing nations. The establishment of public and veterinary public health systems in many developed countries has eliminated many major diseases associated with food and water from countries such as the UK.

On the veterinary side great strides were made in eliminating Brucella from cattle in the UK but brucellosis is still a major problem globally – it’s the most common bacterial infection spread from animals to people worldwide. Pasteurising milk has eliminated the hazards of bovine tuberculosis, Brucella and Salmonella infections.

We also have clean drinking water and proper sanitation so we no longer have to rely on drinking beer as the safest way of quenching our thirst, as used to happen most notably in the 16th and 17th centuries. Traditional British beers contain hops, not just as a source of flavour, but originally because hops contained an anti-microbial compound that both preserved the beer and reduced the risk of anything nasty. “Small beer”, a phrase now used to describe something of little consequence, was the lower alcohol brew given to children.

We’ve seen an almost endless parade of food safety scares over the last 30 years or so from “mad cow disease” and Salmonella in eggs in the 1980s to Campylobacter in chickens today (the cause of some 280,000 cases of food poisoning each year).

The reasons for the apparent emergence of these diseases are often complex though both globalisation of the food industry and agricultural practice are major contributors.

Feeding insufficiently treated animal proteins back to livestock is thought to have led to the development of mad cow disease and its eventual transmission through the food chain which led to variant Creutzfeld-Jacob Disease in people. At the height of the scare at the end of the 1980s, John Gummer, the then environment secretary, faced widespread criticism when he fed his four-year-old daughter a beefburger in order to demonstrate they were safe to eat.

The emergence of Salmonella in eggs was related to the intensification of egg production, often with poor hygienic practice, in the 1960s and 1970s and the appearance of a specific type of Salmonella (Salmonella Enteritidis PT4) that was better able to infect the developing egg without causing disease in the hen itself. By the late 1980s there was a crisis culminating in then junior health minister Edwina Currie’s remarks that “most of the egg production in this country, sadly, is now affected with Salmonella”. Media reaction to her statement forced her to resign her government post. Though pilloried at the time, in essence, Currie was right but her pronouncement threatened a multi-million pound industry.

Consumer pressure, however, won the day. Sales of eggs collapsed, compelling the egg industry to come up with a solution. Improved hygiene in egg production, coupled with vaccinating hens means that Salmonella has been virtually eliminated from commercial UK egg production and cases of Salmonella in people have plummeted as a result.

Other food-borne diseases, however, continue to rise. In terms of sheer numbers Campylobacter is the most important. Campylobacter is most often linked with consumption of chicken meat and recent surveys by the Food Standards Agency have shown around 70% of UK chicken is contaminated with Campylobacter, though other food sources and the environment may also be sources of infection.

Our work in Liverpool University on Campylobacter, together with colleagues from around the UK, uses an integrated approach, because we recognise that dealing effectively with food-borne infection requires the combined efforts of doctors, scientists, vets and the food industry. We also work together with the poultry industry to understand how and where Campylobacter enters the food chain.

We are looking at the biology of infection in the chicken to understand how it infects the animal and how we could develop controls such as vaccination. Recently we have been able to show there is a significant immune response to Campylobacter in the chicken gut, when previously it was thought just to sit there. But it’s not just the chicken – learning more about the genetics of the bacterium is also part of better understanding how it infects people and animals and how it survives in the animal and the environment, for example how weather and the seasons affect its ability to survive. It is beginning to look as if Campylobacter is much tougher than we thought.

Consumers are also part of the solution to the problem of food-borne illness and in particular this bacterium. Safe practices such as keeping clean and washing hands, separating cooked foods from raw and cooking food thoroughly all make a difference (particularly for the latter for dealing with Campylobacter).

As food production becomes more intensive around the world to meet the demand of a growing population and, in many countries, an increased demand for meat, then the risks of food-borne infection may intensify too. The WHO defines food security as being achieved “when all people at all times have access to sufficient, safe, nutritious food to maintain a healthy and active life”. To do this, food provision must also accompany work to make food safe from infectious agents and other contaminants or adulterants.”

The article was originally published in The Conversation UK.