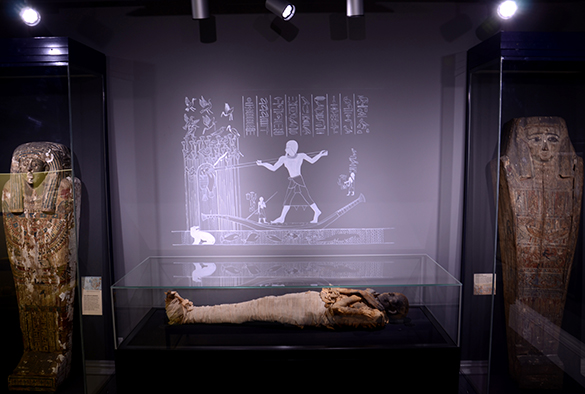 There will be plenty of activity across the University of Liverpool’s campus well into the evening, as part of the city-wide LightNight event.

The Garstang Museum of Archaeology has just taken back possession of its Garstang Mummy after more than 70 years, and he will be on show to the public for the first time as part of the festivities.

The Mummy lived in Egypt around 3,500 years ago but very little is known about him, other than that he is a male who died in his 20s and, through examination of his teeth, that he held a relatively high status.

He has been kept in the University’s Department of Anatomy since being relocated in 1941 to avoid the blitz. His arrival at his new home in the Garstang Museum was only made possible through the purchase of a climate-controlled display case following the provision of a grant from the Friends of the University of Liverpool.

You can visit the mummy, and explore the other fascinating artefacts from ancient civilisations held by the museum, between 4pm and 9pm.

Elsewhere on Abercromby Square, the School of the Arts and School of Histories, Languages and Cultures are hosting the US National Library of Medicine travelling exhibition, Life and Limb: The Toll of the American Civil War. Life and Limb explores the experience of physical trauma and disability suffered by those who fought in the American Civil War. The exhibition is combined with bespoke images produced by artist, Angel Martin and fascinating insight into research revealing the extent to which slaves were subject to medical experimentation prior to abolition.

Life and Limb is open until 9pm.

At the Victoria Gallery and Museum (VG&M), on Brownlow Hill, the exhibition I Love You Daucus Carota features flower heads presented as portraits by Helen Sear. The city’s premier improvisation theatre company, Impropriety will also be weaving their magic through the VG&M’s gothic surroundings. Acting as completely (un)qualified tour ‘guides’, the troupe will tell never-before-heard tales about the building’s history and exhibitions, with a few surprises promised along the way.

Elsewhere in the city, a 3D soundscape installation by Heaven 17’s Martyn Ware in Liverpool ONE, received considerable input from researchers in the University’s Special Collections and Archives.

LightNight takes place on Friday May 15, to find out more visit: http://www.lightnightliverpool.co.uk 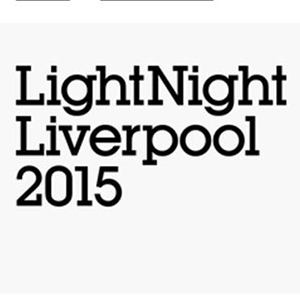