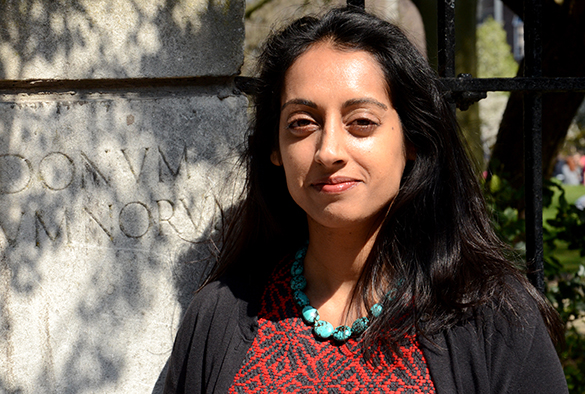 Dr Sandeep Parmar is a Lecturer in the University of Liverpool’s Department of English. She is also a 2016 BBC/AHRC New Generation Thinker.

“In his memoirs, the Indian novelist Mulk Raj Anand recounts meeting T.S. Eliot during the 1920s, while studying for a PhD at University College London.

Anand was a young Punjabi anti-imperialist who would write the novel Untouchable about the horrors of the Indian caste system a decade later. And although he admired Eliot’s Waste Land (especially the poem’s references to Eastern religions), he could not agree with Eliot’s praise of Rudyard Kipling. One evening at a sherry party in Harold Munro’s London bookshop, encircled by ‘literary lions’ D.H. Lawrence, Aldous Huxley, Edith Sitwell, and Leonard Woolf, Anand rejected Kipling’s protagonist Kim as ‘a little hero of the Empire—a fantasy boy…’.

After a disastrous silence, the literary critic Bonamy Dobrée protested cheerfully ‘Come, come, the British did give you roads—and justice!’ Eliot was more taciturn. He reasoned: ‘Gandhi seems to be an anarchist…Sometimes, I feel the Indians should pursue their culture and leave government to the British empiricists…’ Eliot wasn’t a man of action. Unlike many of his compatriots, he believed writers should be isolated from collective political opinion; he notably expressed neutrality on the Spanish Civil War. Eliot’s faith in the Pax Brittanica aside, Anand’s memoirs of Bloomsbury and his increasing anxiety about defending his culture is, at times, tragic. He is exasperated to find that on entering a room of modernist intellectuals, he must attest to the whole of Indian civilisation from the Upanishads to the resistance movement against British rule.

Anand, a colonial interloper in literary London, is mostly written out of accounts of British modernism. As a subject of the Empire, his relationship to British literature was all but circumscribed by race and politicised by power. And what he chose to write about—ideas of ‘home’ and ‘tradition’—is preoccupied by questions of legitimacy and belonging.

Naturally, one wonders how much did the post-Windrush generation of writers, born and raised in Britain in the 1950s, shake off similar anxieties? Does the writer as a decolonised subject depoliticise herself in post-war Britain? And, more to the point, nearly one hundred years after Eliot’s uncomfortable silence, have Black and Asian writers become any less extraordinary and exotic in their own skin to mainstream mostly white literary audiences?

”In 2005, the Arts Councils of England, Scotland and Wales commissioned the Free Verse report, which concluded that less than 1% of poetry published by major presses in the UK is by Black and Asian writers”

I’d like to consider this in the context of Contemporary British poetry—a small and highly conservative core sample of publishing. In 2005, the Arts Councils of England, Scotland and Wales commissioned the Free Verse report, which concluded that less than 1% of poetry published by major presses in the UK is by Black and Asian writers. Poetry sales account for about 1% of all books sold annually, thereby making the number of Black and Asian poets published astonishingly low.

In the wake of the report, Literature-initiative Spread the Word launched a mentoring scheme for BAME poets called The Complete Works and its aims are now coming to fruition: this year’s Forward prize shortlist for Best First Collection (announced last week) includes three of its previous mentees. This is of course encouraging news and should another Free Verse report appear no doubt the number of BAME poets published would rise into near double digits.

What is noteworthy, however, is the Forward shortlist for Best Collection overall, which includes only one non-white poet, the American Claudia Rankine. Rankine headlines the prize press coverage—not only is she the sole American on the list, her book Citizen is a long prose-poetry indictment of racism in America. A brilliant book, lauded in the US for its unwavering courage, Citizen deals with day-to-day casual racism from colleagues and friends as well as tackling the murder of teenager Trayvon Martin and racist fixations on the body of the African-American tennis champion Serena Williams. It is a brave collection that reminds us, by contrast, of how very different the conversation about race is in the UK.

Rankine’s appearance on this list is unprecedented and it ought to make British poetry audiences consider whether it is enough to simply publish poets of colour in greater numbers, or if the subject matter that inherently stems from an increasingly complex, global national identity requires more than initiatives to simply make them visible and prize-worthy.

”To an extent ethnic poets are expected to both universalise and exoticise themselves with all-too familiar oriental images of pomegranates, saris, arranged marriages and the use of hybrid dialects”

Former Faber poetry editor Paul Keegan, quoted in the Free Verse Report, suggests that ‘The danger is that you tend to think, especially if you come from a minority ethnic background where there is a complex story of integration and adaptation, that that experience is the most important thing about you…that is only half the story. How you relate to the wider experience is almost equally important, and the more you read then the better you become at what you are trying to communicate.’

In other words, BAME poets are only publishable as far as their experience of difference is validated by those on the outside and a tradition that does not historically include them. To an extent ethnic poets are expected to both universalise and exoticise themselves with all-too familiar oriental images of pomegranates, saris, arranged marriages and the use of hybrid dialects—they are expected to hold themselves as poetic subjects at arm’s length for the mainstream reader.

Yet Claudia Rankine, and a host of ethnic minority American poets, seem less pressured to assimilate to an idealised post-Movement lyric coherence, largely because in America poets are exposed to a much more public and complex discourse about race and national identity. For example, when the American white conceptual poet Kenneth Goldsmith read out sections of the autopsy report of the murdered Black Ferguson teenager Michael Brown as a ‘poem’, there was an uproar of disbelief, anger but also an overdue questioning of racial privilege in the avant-garde and in poetic language—a discussion that we simply don’t have in British poetry today.

Experimental poetics are seen as incompatible with fixed identity politics

The British avant-garde (less visible to most readers of poetry but based historically in London and Cambridge) includes only a handful of poets of colour. Why? Because experimental poetics are seen as incompatible with fixed identity politics. Younger British BAME poets have yet to radically change the post-Windrush narrative of difference, exclusion, foreignness that pervades so much writing in a transnational age. It is up to this new generation of poets to cast off their audience’s assumptions about how to fit into the standard narratives of difference made available to them by the existing tradition of BAME poets. New poetic language (and bolder publishing) must make way for such ruptures and contested spaces.

In Colour Me English, the Caribbean-born British novelist Caryl Phillips writes: ‘As long as we have literature as a bulwark against intolerance, and as a force for change, then we have a chance. Europe needs writers to explicate this transition, for literature is plurality in action; it embraces and celebrates a place of no truths, it relishes ambiguity, and it deeply respects the place where everybody has the right to be understood…’. BAME poets must abandon, as Rankine has knowingly done, the solipsistic traditions of lyricism as a first step towards reclaiming some of that ambiguity and action. The lingering uncomfortable silence around race and representation in British poetry must make available innovative and challenging modes of writing, thinking and constructing an inherently complex poetic subject.”

Listen to Dr Sandeep Parmar on BBC Radio 3 here, from around 30 minutes in http://www.bbc.co.uk/programmes/b05yl1wg 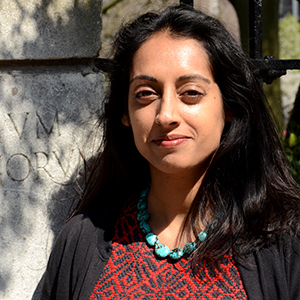