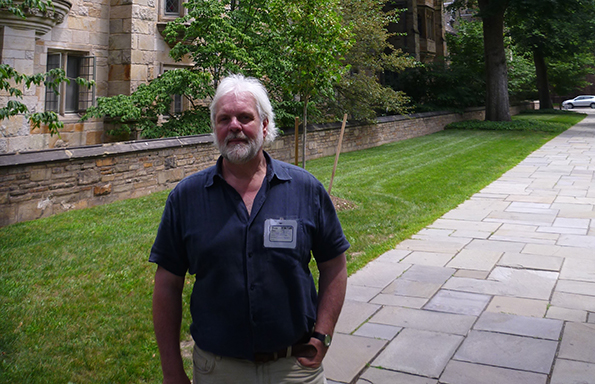 Dr Matthew Ponting is Senior Lecturer in the University of Liverpool’s Department of Archaeology, Classics and Egyptology (ACE).

“I’m working in Yale University Museum and Art Gallery with my colleague from University of Warwick, Kevin Butcher, taking small samples of metal from Roman silver coins held in the collection here.

In particular, Yale has a large number of Syrian tetradrachms from hoards found by Yale archaeologists during their excavation of the city of Dura Europos, now in Syria. This trip is part of an Arts and Humanities Research Council (AHRC) funded project that is using scientific analysis to chart the changes in the chemical composition of Roman silver coinage from about AD 200 to AD 260, in order to investigate economic, technological and logistical change across the Roman state.

”The results of the analyses will tell us about the level of economic stability, or otherwise, across the empire during this period. It will pick-up regional differences, reflected in different silver contents of the regional coinages”

The samples taken from the coins are analysed by inductively coupled plasma atomic emission spectrometry (ICP-AES) and the new microwave plasma atomic emission spectrometer (MP-AES) in the University’s ACE laboratories. A suite of fourteen chemical elements are measured, including the major alloying metals, silver and copper. The minor and trace elements  measured reflect manufacturing technology or are geochemically linked to the silver and copper alloyed to make the coins.

In addition, a subset of the samples taken will be sent for lead isotope analysis which will provide complimentary data about the potential sources of the silver used to make the coins.

The results of the analyses will tell us about the level of economic stability, or otherwise, across the empire during this period. It will pick-up regional differences, reflected in different silver contents of the regional coinages. The minor and trace elements will allow us to characterise the coins produced in the various mints identified by symbols on the coins, and to investigate how the different mints operated. It is likely, for example, that the larger provincial mints such as Antioch produced coin for smaller cities, or that the mint in Rome made coin for some of the provinces at different times.

This is the second three year project funded by the AHRC that investigates the composition of Roman silver coinage, with a monograph presenting the results of the first period covered (up to AD 100) recently published by Cambridge University Press.” 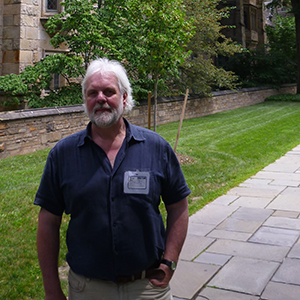