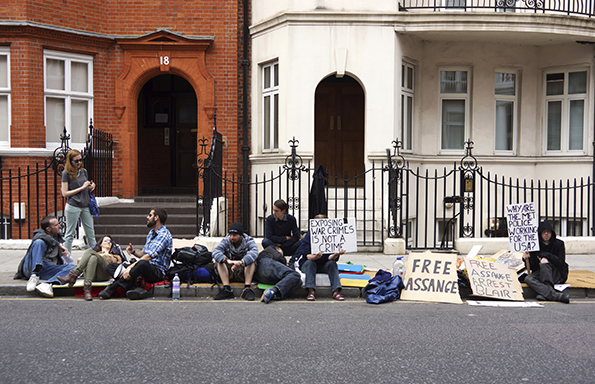 “The key message coming from the UN Working Group’s Opinion is quite a simple one: prolonged detention without trial (and consequent lack of access to due process guarantees) is not compatible with international human rights standards.

The ‘arbitrariness’ of detention may not result from the detention being in itself against the law, but rather from it failing to meet general criteria of proportionality. Julian Assange has never been formally indicted in Sweden and yet he has experienced significant forms of deprivation of liberty.

The number of years that have lapsed since a European Arrest Warrant against him was issued by the Swedish authorities is hardly in tune with the ‘reasonable time’ test set out in Article 9 (3) ICCPR.

More than that, the Assange affair tells us something deeper about the role of international human rights standards. It speaks to human rights’  awkward relation to domestic law and supranational legal orders such as the EU.

From a human rights perspective, neither national criminal processes (including those on extradition) nor EU law obligations could provide a strong line of defence. The Working Group hinted at its findings being legally binding to the extent that they are based on international human rights law, that is (one would assume), to the extent that they are seen as restatements of universally binding customary international law (Articles 9 and 10 of the UDHR) or established interpretations of  treaty law binding on the UK and Sweden (rights to liberty and due process in the ICCPR).

Let us be clear: not every single aspect of the Opinion looks entirely persuasive or fully reasoned. But there is no question that it is for states to ensure that their laws and judicial practices are brought into line with human rights standards. It is no coincidence that, for example, current changes to UK law no longer allow future requests for extradition to be accepted in the event that there is no formal indictment against the person in question by the judicial authorities of the state seeking such an extradition.

From a British perspective, the issues of detention and the disproportionate behaviour of governments should be a cause for reflection, not derision – perhaps even a healthy reminder of the judicially dismissed ideas of detention without trial experienced during the so-called ‘war on terror’.” 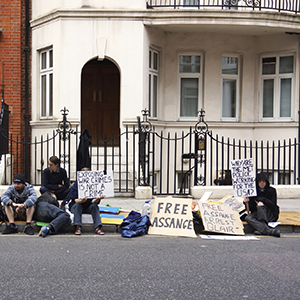