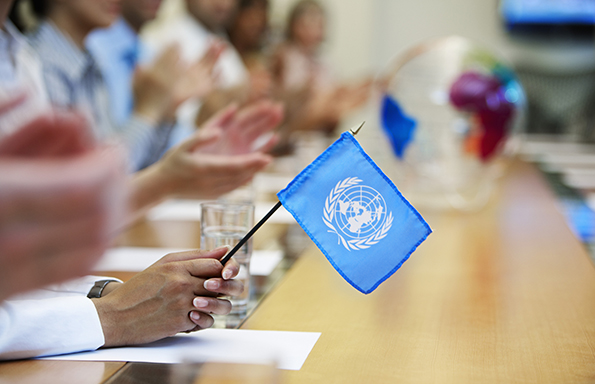 International customary law traditionally designates the most significant set of global norms applicable to states – other than treaties – across the whole range of international affairs; from the use of force, to human rights and humanitarian law.

Amongst the most controversial of such (unwritten) norms is the doctrine of ‘persistent objection’ that allows a state to opt out of a customary rule that such a state has persistently refused to accept during the process of its formation. Despite several cameo appearances by the doctrine in various international law texts, I suggested as early as twenty years ago, together with a number of other international lawyers, that such doctrine was largely ineffective and posed a challenge to the sustainability of any genuine concept of ‘general international law’.

To address this, and other related matters, I was invited to attend a meeting at Chatham House last week to assist in the discussion and drafting of the United Nations International Law Commission’s (ILC) Draft Conclusions and Commentaries on the ‘Identification of Customary International Law’. In this context I was asked to comment on specific aspects of the ILC’s work led by Sir Michael Wood, Downing Street’s Chief Legal Adviser under former Foreign Secretary Jack Straw, who is currently serving as the ICL Special Rapporteur on the subject. I appeared alongside other former and current Foreign Office lawyers, including Elizabeth Wilmshurst and Sir Frank Berman QC, as well as a number of Chatham House experts.

Sir Michael Wood’s view was mildly positive (in line with the orthodox view of British scholarship), though he was prepared to acknowledge the controversies surrounding the problem. For my part, I sought to expose theoretical, practical and policy inconsistencies that I see as fatal to the legal validity of this doctrine, as opposed to a doctrine driven by political or ideological concerns. This is particularly so in light of increasing rhetorical (rather than effective) reliance on the doctrine by US authorities in a range of fields as diverse as foreign investment, human rights, humanitarian law, and the law of the sea.

”Popularised by the United States as a perceived necessary response to ‘majoritarian’ tendencies in law-making within multilateral forums such as the UN General Assembly (largely beyond Western control), the persistent objector doctrine is the legal metaphor for certain balances (or imbalances) of power as some states see them”

I argued that the significance of evidence purportedly supporting the doctrine was overstated (no court has ever applied the doctrine and only a handful of states have actually resorted to the persistent objector argument in real-life scenarios), and that there was a danger of reducing international law, and customary international law in particular, into domestic law with international legal consequences.

I made suggestions for amending the current version of Draft Conclusion 15 (persistent objection) of the Draft Conclusions on the Identification of Customary International Law, especially on conceptual issues (the problematic role of state consent), the role of states other than the objector (exposing their largely negative view of the objector’s argument) and the stringency of the doctrine’s requirements (no objection can be voiced privately or through confidential channels and must have been persistently expressed prior to the norm coming into being). All of them were gratefully received, especially tightening the conditions for making such a doctrine applicable in a court of law or other adjudicative context.

Popularised by the United States (and various US academics) over the past several years as a perceived necessary response to ‘majoritarian’ tendencies in law-making within multilateral forums such as the UN General Assembly (largely beyond Western control), the persistent objector doctrine is the legal metaphor for certain balances (or imbalances) of power as some states see them. I countered this narrative by pointing to problematic legal asymmetries implied by the doctrine (for example, foreign investors being treated less favourably in a state with persistent objector status compared to foreign investors, including those coming from the dissenting state, operating in a state that does not have such status. Or individuals or groups suffering from lower human rights standards of treatment in a state that expects other states to uphold higher ones), and noted the lack of evidence of any significant support for the doctrine from non-Western states.

Crucially, I discussed what dissenting states actually do when they object (they invariably seek to prevent the norm from emerging as a global standard) and the multiple ways in which their view tends to be accommodated short of making them exempt from the rule if and when the latter crystallises (treaty reservations, special agreements, and similar opt-outs).

Sir Michael Wood’s Draft Conclusions are due to be discussed in Geneva in May, following which another two years will be needed before the ILC makes a final decision on this subject and submits its findings to the UN General Assembly. The debate goes on, and the meeting in London, which included broader aspects of the Draft Conclusions on the role of customary international law, including matters specific to human rights law, is expected to prove a significant moment of reflection in identifying possible ways forward in this very sensitive area of the ILC’s work.

The ILC is the most authoritative United Nations expert body in the field of international law. To follow the work of the Commission in this area, please visit: http://legal.un.org/ilc/sessions/68/index.shtml#a5 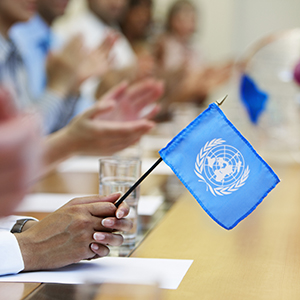