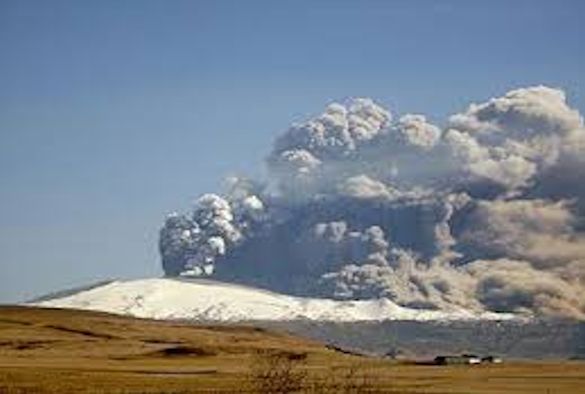 The Eyjafjalla volcano in Iceland, which erupted in 2010, resulted in significant air travel disruption

Scientists at the University of Liverpool and the Ludwig Maximilian University of Munich have developed a new method to assess the impact of volcanic ash on jet engines.

Little is known scientifically about the effects of volcanic ash on aircraft but the impact it can have on the aviation industry was evidenced when the Eyjafjalla volcano in Iceland erupted in 2010 resulting in prolonged disruption to air travel and significant economic losses exceeding £1 billion.

Volcanologists from the University analysed samples of volcanic ash from nine different volcanoes to see how its chemical composition controls its behavior upon melting at jet engine temperatures which range between 1100 °C and 2000 °C.

Volcanic ash is widely recognized as being a potentially fatal hazard for aircraft primarily through melting and sticking to the inside of the turbines but is particularly problematic if it affects the cooling system.

Guidelines on the threat of volcanic ash particles on jet engines, which were introduced in 1982, rely on early engineering studies which tested the impact of sand and dust particles on road vehicles. Volcanic ash is however chemically different and estimating its potential hazard is complicated by the fact that chemical composition can vary widely amongst volcanoes.

Professor Yan Lavallée, volcanologist at the University’s School of Environmental Sciences, said: “Our experiments are the first study to test the conditions for which ash can melt using chemical criteria. Through our experiments we were able to develop a model to predict the melting and sticking conditions of different volcanic ash particles.

“We are able to show that volcanic ash may melt and stick more readily inside jet engines, and that the common use of sand or dust is wholly inadequate for the prediction of the behaviour of volcanic ash, leading to overestimates of sticking temperature and thus severe underestimates of the thermal hazard.

“Any robust future model to assess quantitatively the risk of volcanic ash with jet engines must be based on chemistry and melt theology.

“With the current level of aerial traffic, understanding the generation, transport and impact of volcanic ash becomes a priority and too much is at stake to overlook the role of volcanic ash on aviation.”

The research is published in the Nature Communications was funded by the European Research Council (ERC), the von Humbold society and the AXA Research funds. 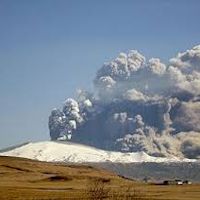