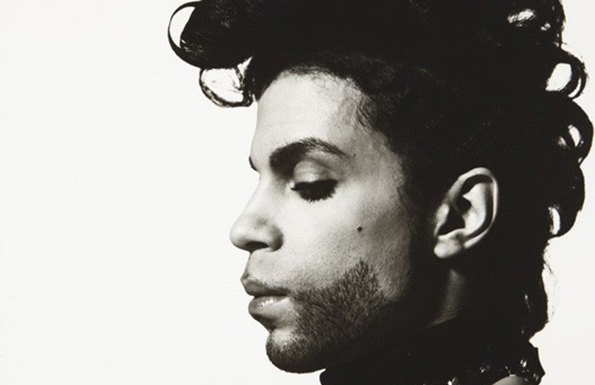 What is so difficult to accept or comprehend about the death of Prince Rogers Nelson is that he was so vital – as a performer, as a writer, as a human being. Consider the sheer verve of the album Diamonds and Pearls. This was his 13th album; he had produced one a year (with one exception) since his first, For You in 1978. Diamonds and Pearls simply tears up the popular music rule book. It is not a record that is dominated by one style or created around a single voice. On this record, Prince, presaged the pop music we have today – he electronically manipulates his voice; he places that voice within a track wherever he will; each track draws on a palette of styles from Duke Ellington onwards – Prince was both kinds of nuclear energy, fusion and fission.

From the outset, Prince built his own musical super-highway: he exceeded Stevie Wonder with his sheer and highly-sexualised bravura synthesis of Funk, R&B and Rock. In turn, as a multi-instrumentalist with great studio self-confidence and ability, he was neither as producer-dependent nor as writer-dependent as Michael Jackson. His breakthrough in the USA came with the album Dirty Mind (1980) but it was his 5th album 1999 (1982) that made the star he was to remain for the next 30 years.

”From the outset, Prince built his own musical super-highway: he exceeded Stevie Wonder with his sheer and highly-sexualised bravura synthesis of Funk, R&B and Rock”

1999 was a trail-blazing album in exactly the way Diamonds and Pearls was to be almost a decade later. He made the record entirely on his own terms, and, in the process, established many of his subsequent and hugely-influential trademarks. He retained the explicit sexuality of his earlier work, but added to it romantic pieces and works of utopian and dystopian social commentary. He began to express himself through a lyrical style that would come to make increasingly overt and idiosyncratic use of abbreviations drawn from the graffiti element of Hip-Hop culture. Musically, the album was both of, and ahead of, its time – 1999 exceeded funk; there are House and Techno elements to the record that made Prince an architect of club culture.

From here onwards Prince made a mainstream breakthrough that put him alongside Michael Jackson in terms of MTV visibility and, if he could not rival Jackson for sales, he outstripped him in almost all other ways: Purple Rain was a hit movie as well as a hit album (winning an Oscar for its score) and he toured willingly and extensively. The subsequent albums were marked by yet more stylistic innovation – from Jimi Hendrix-like rock to a lighter, psychedelic sound and then back to funk but more sparsely and with much synthesised sound on Sign O’ The Times. In the same period Prince songs were also huge hits for Chaka Khan (I Feel For You), the Bangles (Manic Monday) and Sinead O’Connor (Nothing Compares to U).

Significantly, Sign O’ The Times strongly-hinted at stormier times to come. Given his ability to self-produce, to play a wide range of instruments extremely well, together with his early-embrace of digital sound technologies, and his creation of his own Paisley Park studio, Prince was a hugely- prolific writer and recorder of his own music. He had envisaged Sign O’ The Times as a triple-album. At this time, he was signed to Warner Bros and the record company objected to his desire to release such a long set. Prince lost the battle but went on to win the war with Warner Bros, but, this, in turn, proved a pyrrhic victory.

The open declaration of the war with his record company was his appearance with the word ‘slave’ written in large letters on his face. He then refused to release his records as Prince and adopted an elaborate symbol. As this symbol had no name, Prince began to be ridiculed as ‘The Artist Formerly Known as Prince’. This ridicule diverted attention away from Prince’s serious point that record company’s advanced money to acts to make records which, once those records had paid for their costs of production, remained the property of the record company (imagine if property mortgages worked this way!).

”This ridicule diverted attention away from Prince’s serious point that record company’s advanced money to acts to make records which, once those records had paid for their costs of production, remained the property of the record company”

As Warner Bros would not relent on the terms of his recording contract, Prince fulfilled that contract by releasing increasingly unfocused records, which tended to hurt him more than they hurt the record company (which, in any case, was enjoying the enormous sales of Madonna and R.E.M albums in the same period). So it was that, when he eventually ended his time with the company he was able to release Emancipation in 1996, a triple-album for EMI, but despite its quality, it sold comparatively poorly – as George Michael experienced in the same period, most record buyers are not especially loyal, and Prince had lost ground in the marketplace that he never subsequently recovered.

Recovery would be further problematized by the enormous changes to the recording industry accelerated by the internet. Prince was not as daunted as some of the 1980s stars were and throughout this century he found ways to make records available in innovative ways – from a free ‘give away’ in the UK through the Mail on Sunday to a particular prescient on-line subscription initiative that included concert tickets as well as new releases. Even so, he remained hostile to streaming services – he challenged Youtube and recently disavowed Tidal. He also showed that live music was a place to reach people in new ways – his 2007 21 date residency at the O2 Arena has been emulated by many big stars, subsequently.

Given Prince’s desire to remain in control of his recordings there is little to access via the internet, but there is an edited version of his performance at the Superbowl in 2007. If you do not own any Prince recordings, then watch this, it captures something of his extraordinary talent, like lightning in a jar – that’s who Prince was and he is an irreplaceable loss for popular music. 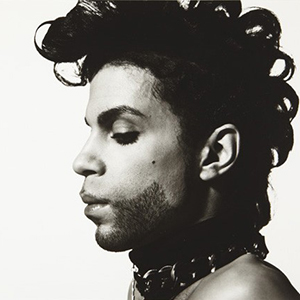