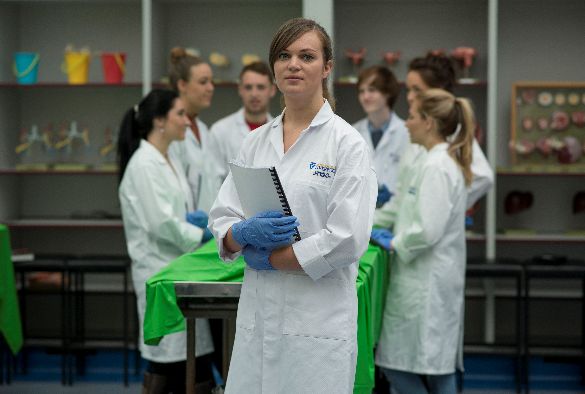 ‘Body Donors’, the Channel Five series featuring staff and students at the University of Liverpool’s Human Anatomy Resource Centre (HARC), has been nominated for two awards at the Royal Television Society Awards this month.

Working with Daisybeck Studios, the team created a documentary series that, for the first time, depicted the experience of body donation from the perspective of donors, anatomy students and surgeons.

The series has been nominated for Best Factual Series and the Made in Yorkshire category (where the production company is based).

The two-year project allowed television cameras to follow the lives of two cancer patients, in life and after death, showing their experiences of terminal illness and the work of staff and students at the HARC, who use the donated bodies for learning and research.

Derby Professor of Anatomy and Cell Biology, Jim Gallagher, said: “This nomination is not only a recognition of the work of our staff and students, but is another opportunity to honour the lives of those people who donate their bodies so generously and bravely to science.  We particularly want to thank the families of the donors who contributed to the series.”

The HARC is home to 16 staff members and more than 1,000 students, with bequeathal requests of up to 900. The day after the first episode of the series aired in October, the bequeathal’s office had more than 70 calls from people interested in learning more about body donation. 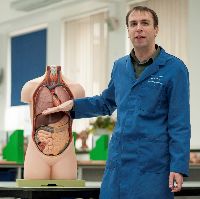