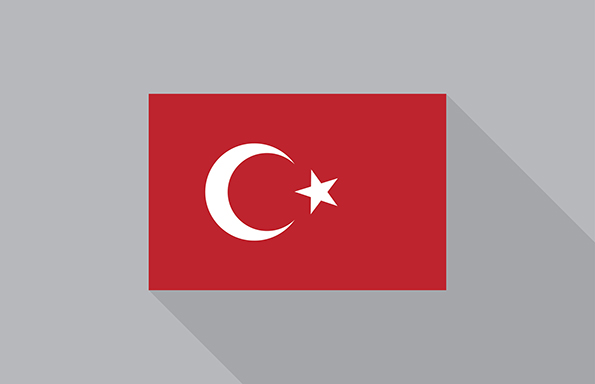 Erdogan’s proclaimed state of emergency under Article 120 of the Turkish Constitution following the failed military putsch on the night between July 15th and 16th has further heightened concerns about Turkey’s internal and external direction of travel. There is an obvious mismatch between the cross-party rejection of the coup and the reality of an ongoing one-sided dismantling of significant sectors of the military, the judiciary, academia, and the media. What began as a legitimate response from the government aiming to restore law and order is increasingly turning into an awkward wide-ranging purge of long-time political opponents some believe may have already been in the making.

What is striking is not the attempted coup (the fourth in Turkey’s turbulent history) or even the state of emergency (which has been in place at one point or another in several countries and for more or less legitimate reasons), but rather Erdogan’s peculiar vision of democracy and human rights as fundamentally internal matters. His apparent inability to put up with international criticism of Turkey’s worsening human rights record and his internal political opponents reflects a view of accountability and the ‘will of the people’ that is limited to those who support him and the Justice and Development Party (AKP).

”What is striking is not the attempted coup or even the state of emergency, but rather Erdogan’s peculiar vision of democracy and human rights as fundamentally internal matters”

In human rights terms, the pressing concern is about the extent to which the Turkish President will be prepared to bypass Parliament to deepen his crackdown on alleged plotters and how much of that will further deteriorate the rule of law in the country. But this debate also underscores more fundamental questions about Turkey’s claim to democratic legitimacy: Is Turkish democracy a matter for Erdogan and the AKP supporters alone?

Surely, the derogations allowed under Article 15 of the European Convention on Human Rights do not and cannot amount to a wholesale suspension of human rights in Turkey. Fundamental rights such as the prohibition of torture are not subject to derogation. Exceptional measures, whatever they are and whatever ‘derogable’ right they are bound to affect, must be proportionate and non-discriminatory. They cannot ignore other international legal obligations which are binding on Turkey, including the International Covenant on Civil and Political Rights. Exceedingly long periods of detention without trial, total lack of judicial due process in the face of massive job dismissals or suspensions, or even the reintroduction of the death penalty are, or would be plainly illegal under international law. In a strong statement from UN High Commissioner for Human Rights, Zeid Ra’ad Al Hussein Turkey has been urged to respond to those who sought to undermine its democracy by strengthening human rights and democratic institutions and ‘to ensure that human rights are not squandered in the name of security’.

The problem here is whether Erdogan is prepared to listen to such calls and to transform a clearly traumatic event for the country into a golden opportunity for resetting Turkish politics and fostering a process of national reconciliation. The signs at the moment are that he is not.

The Turkish President’s ‘mind your business’ comment addressed to the French Foreign Minister who had questioned the scale of the anti-coup response as well as his rebuff of similar concerns coming from Brussels by appealing to respect for popular vote, suggest an understanding of Turkish self-determination as a purely domestic affair, and one that can go unchecked as long as it rests on the will of majorities. Both such assumptions are wrong.

”The problem here is whether Erdogan is prepared to transform a clearly traumatic event for the country into a golden opportunity for resetting Turkish politics and fostering a process of national reconciliation. The signs at the moment are that he is not”

All international institutions, including international courts, have been adamant over the past several decades that human rights matters, including internal processes of political participation and governance, no longer fall within the realm of ‘domestic jurisdiction’.  They generate a significant degree of accountability of governments towards other governments and the international community at large, in addition to their own national populations. This is especially so in unprecedented times of economic uncertainty, terrorism, and global environmental risks. However imperfectly, human rights seek to curb and reshape the very sovereign power that is protected by international law.

The concept of democracy endorsed at the global level is more than meeting the expectations of contingent electoral majorities. The 2000 United Nations Millenium Declaration, for example, commits states to strengthen – not simply promote – the rule of law, including political inclusion, non-discrimination, freedom of the media and respect for the rights of minorities. Now, one may question the democratic credentials of many states, including established ones, or even challenge a direct, automatic or necessary link between political self-determination and classic ideas of liberal democracy. Yet, international human rights law does not permit winning majorities to engage in policies that fall foul of the rights of individuals and minority groups, let alone accepts claims to non-interference by the international community by a state seemingly intent on entrenching a repressive regime.

The extraordinary and incredibly swift crackdown on alleged plotters involving as many as 60,000 individuals from a vast range of professions, from the military to academics, with little or no due process guarantees, and often with little signs that the suspects had anything to do with the coup, is not only a breach of the law. It makes Erdogan’s policies as much accountable to the international community as they are to Turkish citizens.

But there is another, more internal dimension of Turkey’s approach to the crisis. It speaks to the ‘monistic’ view of the country as a nation-state – the idea that the state belongs to a particular social group, the dominant one, rather than all citizens on the basis of equal rights. While a successful military coup would have been democratically untenable and would have most certainly plunged Turkey into even deeper chaos, the current crackdown largely mirrors Erdogan’s vision of the country when it comes to dealing with political and cultural dissent.

”Instead of creating a platform for national reconciliation and cross-party democratic consensus, his relentless focus on crashing real or perceived ‘enemies of the state’ continues to stretch the short skin of his nationalist-Islamist enthusiasts”

Instead of creating a platform for national reconciliation and cross-party democratic consensus, his relentless focus on crashing real or perceived ‘enemies of the state’ continues to stretch – to paraphrase Benedict Anderson – the short skin of his nationalist-Islamist enthusiasts to the much more socially and culturally diverse body of the country.

As Can Dündar rightly puts it, ‘Turkey’s politics has always functioned like a pendulum: it swings from mosque to barracks, and back again’, depending on the pressure for secularism on society. However, neither a military-backed secular order nor Erdogan’s Islamist version of it has ever been able to walk away from a monolithic idea of the state that struggles to recognise diversity and the rights of minorities. History shows that the failure to take the ‘Other’ seriously is often a feature of post-colonial nation-building projects. That failure easily applies to post-Ottoman Turkey as well, be it in the context of a fierce clampdown on political foes or the cynically violent response to the Kurdish question.

In this sense, militarism and repression have always gone hand in hand with homogenising and centralising tendencies. How effective the current clampdown will turn out to be is everybody’s guess. The internal repression of diversity in the name of Turkification and homogenisation in the 19th and early 20th centuries marked the beginning of the end of the Ottoman Empire, but also signalled repressions to come. The military’s repressions of the 1980s swung the pendulum Erdogan’s way.

What was lacking in the past is available today, and Turkey is no exception. Human rights obligations constrain the exercise of sovereign power and their respect must be held in check by civil society and the international community alike.  Turkey must seize the opportunity offered by the failed coup to start a process of constitutional restructuring built around the centrality of Parliament, meaningful dialogue with opposition parties and the end of majoritarian sectarianism, to renew its commitment to a lasting solution to the Kurdish question, and to lift the state of emergency by dropping disproportionate measures against civilians or civilian structures. For its part, the international community and Europe in particular, must have the political strength not to succumb to short-sighted calculations and to offer Turkey a pathway towards a credible mutually beneficial partnership that can take the country forward.

Dr Gaetano Pentassuglia
The Liverpool View: Turkey – Towards a new dawn for the Kurdish movement? 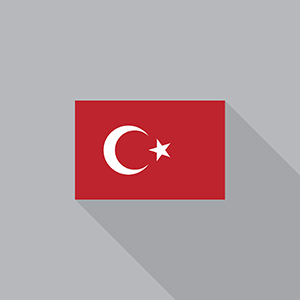