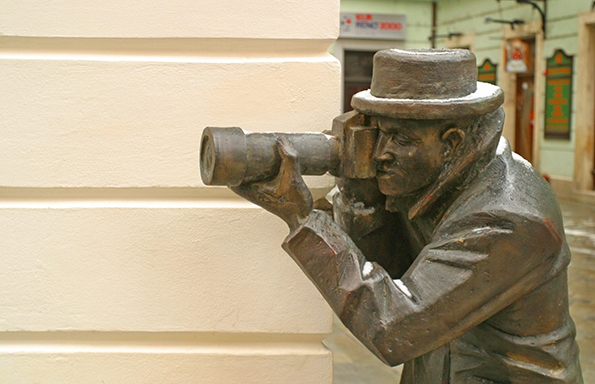 Professor Erika Harris is Co-Director of the Europe and the World Centre, part of the University of Liverpool’s Department of Politics.

There are many ironies in the UK vote to leave the EU.  Getting ‘our country back’ is one of them: which country was coming back and from where? Countries do not come back, because they do not leave in the first place; some change their names and their boundaries, but mostly they change with the world around them. How ironic that Britain – a country which could make many claims to having contributed to changes in the world – should decide its future for the sake of a nostalgic slogan which hardly withstands the slightest scrutiny.

The biggest irony of Brexit however is that the UK vote to leave the EU is not about the future of Britain alone, but about the future of the European project, which in turn will decide what kind of country will Britain get back. The current threat of renewed economic recession is not an auspicious start. To add to the piquancy of this irony is that it is central Europe that will set the tone for these negotiations.

Margaret Thatcher was very supportive of the enlargement of the European Union into post-communist eastern and central Europe. How ironic then that the consequence of the incorporation of what she referred to as ‘Britain’s natural allies’ into the EU – he immigration – turned out to be at the heart of the ‘leave’ campaign.  Brexit was not so much about getting Britain back as it was about ridding it of immigrants from eastern and central Europe. As if the uncontrolled, but legal immigration from within the EU was a bigger problem than uncontrolled and illegal immigration from around the world.

”The ongoing collaboration among the V4 countries gained a new impetus with the continuing migration crisis and their refusal to accept the EU-agreed quotas. Britain is not the only country in the EU that has a problem with controlled immigration”

Central Europe stands for Hungary, Poland, Slovakia and the Czech Republic. These countries are referred to as the Visegrad group (V4), a regional arrangement which was formed originally for the purpose of gaining EU membership (successfully accomplished in 2004) and the preservation of a distinct central European regional identity, and they continue to coordinate their EU policies.

The ongoing collaboration among the V4 countries gained a new impetus with the continuing migration crisis and their refusal to accept the EU-agreed quotas on relocating refugees; Slovakia’s third-time Prime Minister Robert Fico has filed a breach of EU rules case against quotas at the European Court of Justice and Hungary will hold a referendum on the mandatory migration quotas in October 2016. Britain is not the only country in the EU that has a problem with controlled immigration.

In the context of Brexit, Slovakia is a particularly important country as it is currently holding the presidency of the Council of the European Union (1 July – 21 December) and will be presiding over the initial Brexit negotiations.  Slovakia is faced with an unexpected, tough and unprecedented challenge to set the tone for the changed Britain in a changed Europe. Pre- and post-referendum Britain is extraordinarily narrowly focused on itself and central Europeans do not feature in its considerations about the post-Brexit vision of Britain (if there is a vision). Yet, ironically, central Europe which is now emerging as an important group of countries in opposition to the EU founding fathers has always viewed Britain as its principal ally in the EU. There are several reasons.

Slovakia is the only Eurozone country within the V4, but Poland (soon to be the largest country outside the Eurozone), Hungary and the Czech Republic regret losing the UK as the important non-euro country against the strong integrationist tendencies of Germany and France. Moreover, Britain was a strong voice for sanctions against their age-old enemy Russia when other EU members tried to ease them.

”In the context of Brexit, Slovakia is a particularly important country as it is currently holding the presidency of the Council of the European Union (1 July – 21 December) and will be presiding over the initial Brexit negotiations”

While the priorities of the Slovak presidency which were originally connected to initiatives around the favourable development of a modern single market (energy union and digital single market), sustainable migration and asylum policies and maintaining momentum of accession processes, will now have to be adapted in view of the new situation. Slovakia’s Prime Minister told the European Council that: ‘if anyone thinks that after Brexit we can just offer the European public more of the same, they are mistaken.’ Hence, the informal summit of the leaders of 27 member states in September 2016 in Bratislava will debate a ‘deeper reflection on the current challenges the Union is facing,’ as the joint statement of the Heads of Governments of the V4 countries stated (1 July 2016).

The position of the V4 countries vis-à-vis both the EU and Britain has to be seen in the context of their history. While Western Europe enjoyed stability and economic prosperity since the Second World War, Central Europe was a part of Soviet dominated communist Europe and cut off from the West; it is only less than 30 years since they instigated and experienced the fall of this massive political project.

As a result for them a strong EU functions as a bulwark against the thinly embedded democratic institutions and economic insecurity. On the other hand, past experience has left these countries cynical and with little faith in border-spanning and sovereignty limiting projects which they fear as much as they seek it. The Hungarian Prime Minister Viktor Orbán stated his support for the ‘remain’ campaign (with an advert in the Daily Mail), but after the vote he praised the British decision to take back their sovereignty.

The Central European post-Brexit diplomacy will be conducted within this tension. They need the EU, because they are among the major beneficiaries of European integration in economic, political and security terms. On the other hand, central Europeans value their newly gained sovereignty, hence their sympathy for the UK vote. But, more than anything central Europeans value the freedom of movement which they view as the fundamental principle of the EU and are likely to oppose any arrangements to the contrary.

‘I would support any measure that will help reverse the position of British people which we have to respect, but also regret,’ said Miroslav Lajčák, Slovakia’s Minister for Foreign Affairs and European Integration. Who would have thought that central Europeans will assume a deciding role in the direction of Brexit negotiations? What that role will be and whether they remain an ally or whether their regrets about Brexit will sway them in other directions will not be a British decision. 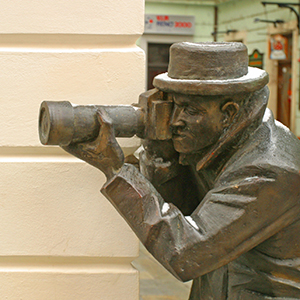