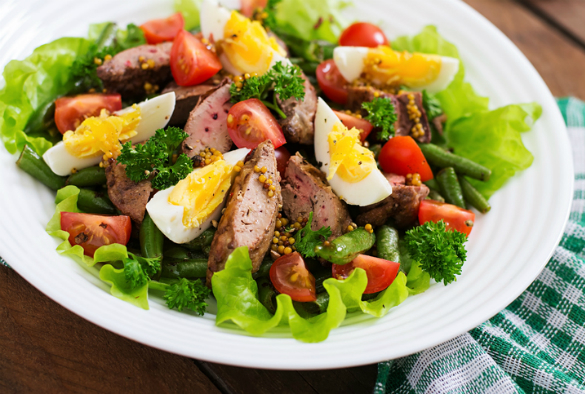 People are being warned to take the current trend for ‘pink’ chicken liver recipes with a pinch of salt.

Research from Manchester, Bangor and Liverpool universities found that a current trend to serve ‘rare’ chicken livers is potentially exposing the public to the risk of Campylobacter food poisoning.

The study was carried out as part of the ENIGMA project, a large collaborative programme of Campylobacter research being led by Professor Sarah O’Brien at the University of Liverpool.

The study investigated the cooking times for chicken liver included in a number of popular current recipes. Many of these recommend serving chicken livers pink and cooking them for times insufficient to kill off Campylobacter – the most common cause of food poisoning in the UK which is responsible for more than 250,000 cases each year.

The research also found that between 19% and 52% of 141 chefs from a range of professional kitchens questioned wanted to serve chicken livers so rare that they would not reach 70˚C, the temperature necessary to kill the pathogen Campylobacter.

Dr Paul Cross, of Bangor University’s School of Environment, Natural Resources & Geography, said: “Chicken livers are served in many pubs and restaurants around the country, and the trend seems to be for them to be served ‘pink’. The research asked over a thousand members of the public and the chefs about their preferences, and whether they could identify safely cooked meats.”

“The public were not able to identify safely cooked chicken livers by sight. Almost a third of the public participants identified livers as ‘safe’ which in fact had predicted Campylobacter survival rates of between 48% and 98%.”

Professor Dan Rigby of The University of Manchester, who is one of the lead authors of the study, said: “As people are eating their steaks and other joints of red meat rarer, that trend seems to be extending to higher risk meats such as chicken livers and beef burgers. We found that many chefs were able to identify cooked livers that reached the temperature necessary to kill the pathogens but their preferences for the taste and texture of pink livers may be overriding their knowledge of food safety.”

“In contrast, the public were consistent in their choices – they tended to select dishes to eat that they thought met safe cooking guidelines. This is a concern, because the public were also poor at identifying by sight whether a cooked chicken liver had been cooked sufficiently to be safe.”

The study showed that chefs also overestimated the public’s preference for rareness.

The study highlighted that almost half the public sample (48%) agreed that cooking programmes on TV and recipes in magazines had influenced the public to serve meat pinker in the middle. 45% of the chefs questioned in the study also agreed that they had noticed a trend of rarer and pinker chicken livers on TV, in recipes and amongst chefs.

Campylobacter is estimated to cause more than a hundred deaths a year in the UK, and costs the economy about £900 million. About four in five cases of Campylobacter poisoning in the UK result from contaminated poultry. 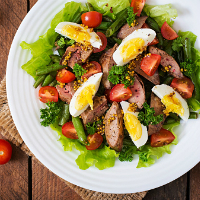