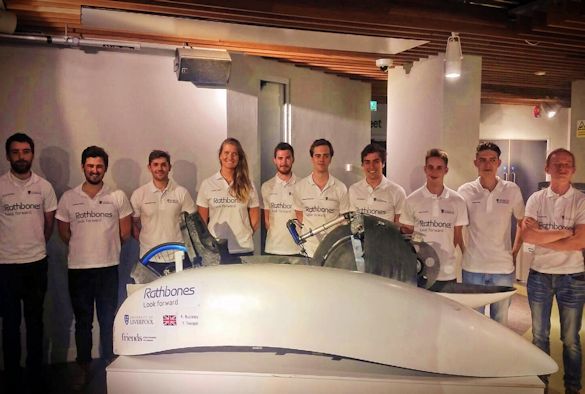 ARION2, the aerodynamic bike designed by University of Liverpool Velocipede (ULV) team, is heading off to Nevada to attempt to break the world human powered land speed record following its official launch at the Guild of Students.

It will be shipped to the USA to compete against other international teams in the World Human Power Speed Challenge (WHPSC) which takes in the aptly named Battle Mountain in the Nevada desert from 12 – 17 September.

The ULV team, which consists of 9 undergraduate Engineering students, aim to build on the success of last year’s ARION1, which broke the men’s British land speed record.

The team will be joined by Yasmin Tredell and Ken Buckley (below) who will be piloting ARION2. They will be attempting to break the current land speed records which stand at 83.13pmh for male riders and 75.69 mph for female riders. Ken will be hoping to break his own British land speed record of 75.03mph which he set last year on ARION1. 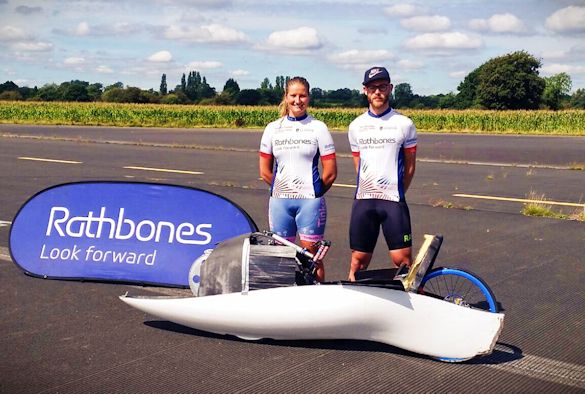 Designed and built as part of a two-year degree project, ARION2 features several technological improvements to its predecessor including updated aerodynamics, reduced weight, changes to the steering mechanisms and transmission, and a move to front-wheel drive.

Rob McKenzie, ARION2 Team leader, said: “We are looking forward to taking part in this ambitious and exciting endeavour to break the land speed record in a human powered vehicle. We have worked hard to improve the design and our recent testing sessions have given us confidence that we will see some great results with ARION2.”

The World Human Power Speed Challenge takes place on a 4,619ft (1,408m) altitude road that allows riders an acceleration zone of over 4 miles, enabling them to reach their maximum velocity before being timed over a 200 meter distance. It runs over the course of six days with each team making two attempts per day.

The ULV team is sponsored by Rathbone Investment Management and supported by Friends of the University of Liverpool.

Brian Kenny, Regional Director, Rathbone Investment Management, commented: “Liverpool is Rathbones’ home city. The Rathbones family were closely involved with the foundation of the university so we are delighted to continue our support of this great institution by sponsoring the Velocipede Team for a second year.

“The ARION project and the students’ ambition is a triumph of British education, industry and sport. As investment managers, we’re committed to investing in future technology and innovation, so it is therefore a privilege for us to support the team in their goal of breaking the world record and nurture the development of such cutting-edge engineering. We wish them luck and look forward to watching the race.” 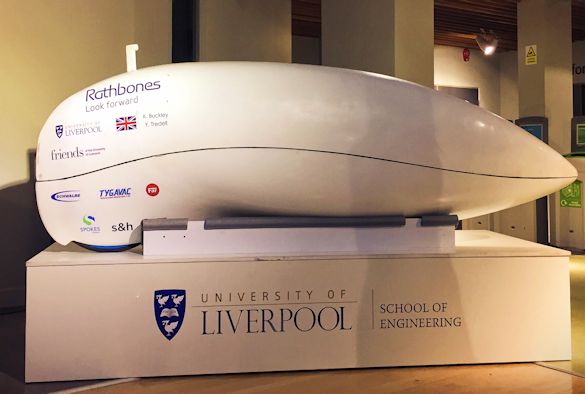 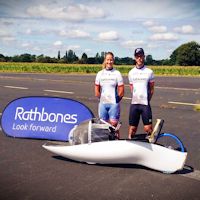 One thought on “Next stop Nevada for ARION2”