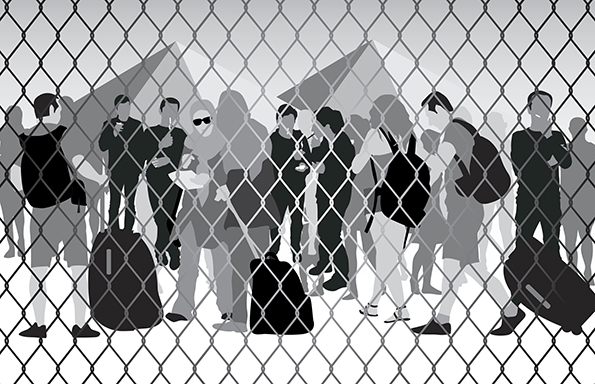 Brexit was supposed to be about “taking back control” of our borders and the new prime minister, Theresa May, has confirmed that immigration control will be a “red line” in any negotiations with the EU. But now comes the tricky bit: control to do what, and how?

It is important to remember that while the Leave campaign relied heavily on the immigration question, it contained more than one argument about what Brexit would actually mean for immigration. The most prominent was that by leaving the EU – and so halting free movement – the UK could reduce overall numbers on immigration. But there were other arguments put forward about how Brexit could usher in a “just”, “ethical” or “rational” policy that would be fairer and more aligned to British interests. The problem of course is that “fair” means rather different things to different people.

Regardless of what the referendum result did, or didn’t, mean, May now has to do something on Britain’s relationship with the EU – and immigration will be front and centre. It is time to get down to the nitty-gritty, and that means assessing options including visas, work permits and points-based systems.

Clues are beginning to emerge about the government’s position. May and Number 10 have ruled out a points-based, Australian-style system for EU migrants, upsetting some prominent Brexiteers. This is probably because May knows that such systems are better suited to increasing immigration, rather than reducing it.

If Britain wants to stay in the single market, the only option would be some kind of tinkering with free movement rules. But David Cameron tried that back in February by negotiating a four-year emergency brake to stop EU migrants from claiming in-work benefits. It didn’t win the necessary support from the public to make them vote to remain in the EU. Anything that sounds similar will be exceedingly difficult to sell.

That leaves a more traditional immigration system based on work permits for EU migrants. But there are a number of different ways this could work in practice. EU citizens might need to have a job before arriving to the UK, or companies would recruit foreign nationals already resident. There might need to be a time limit on work permits. Or it could be that some businesses or economic sectors are given more leeway than others to recruit from abroad because of labour shortages in the domestic workforce.

If asked to by the government, the Migration Advisory Committee (MAC) could help make some of these decisions, because it already does so for non-EU workers through its shortage occupation list. David Metcalf, the head of the MAC, has already pointed out that the model of the seasonal agricultural workers scheme – phased out in 2014 – could be used to bring EU migrants into low-pay sectors. This could mean the government had more control over numbers in theory, but it would also mean a lot more government interference in labour markets. There are also other risks around non-compliance.

As with many aspects of the Brexit situation, the government is scrabbling to try and find something that worked a bit like being in the EU: free movement avoided cumbersome command-and-control immigration infrastructure and was a fairer system that allowed for more temporary or circular movement.

Raising immigration barriers means immigrants (current and potential) will act to protect their interests – by applying for permanent residence or citizenship, for example – which they otherwise might not have been bothered to do. More rules also mean more possibility for people to break or exploit them, with the vulnerable most likely to suffer.

Why reinvent the wheel?

Looking desperately for a positive side to all this, if it is no longer feasible to allow free movement to continue, there is no need to reinvent the wheel. A large number of entry routes have developed over time for non-EU workers and students to enter the UK. These were simplified under Labour’s “Managed Migration” programme to five different tiers: from millionaire “investors” and “entrepreneurs” (Tier 1) to high-skilled workers (Tier 2) low-skilled workers (Tier 3), students (Tier 4) and temporary workers (Tier 5). Despite the supposed shift in immigration policy by Coalition and Conservative governments since 2010, the multi-tier system remains in place for non-EU workers and students. That is because the different routes can theoretically be opened and closed by the government – Tier 3, for example, has never been used.

But even putting aside whether these policy instruments can successfully be manipulated to control immigration numbers, simply switching them on for EU citizens immediately runs up against serious issues because of the millions already here. Hopes for a more “ethical” immigration policy were dashed almost immediately with the UK’s choice not to immediately guarantee these citizens’ situation, rendering them a “bargaining chip” to secure rights for British citizens abroad.

Whatever system the government chooses to apply, it will naturally affect negotiations with the rest of the EU, so one might question how much “control” has really been repatriated over immigration. In practical terms, the crucial question will be how and when to make a cut-off point and distinguish between those who came to the UK under free movement rules and those who did not.

Ironically, the problem of negotiation is almost exactly the same one Cameron faced before the referendum. May is now going to have to barter with 27 other EU member states over rights for their nationals – when they would mostly prefer to leave the system of free movement well alone.

Any deal she strikes will likely disappoint either those who wanted “to bring back control” to reduce numbers, or those who saw an opportunity for an immigration system that is fairer or doesn’t give preferential treatment to EU citizens. It might satisfy neither. May knows what she is up against after years of pressure on immigration as home secretary. Now she has the keys to Number 10 she needs a strong narrative on how government policy will square that circle, and she needs it quickly.

More
The irony of Brexit: how central Europe could decide our future 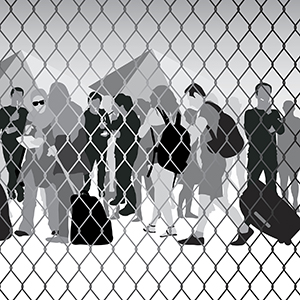