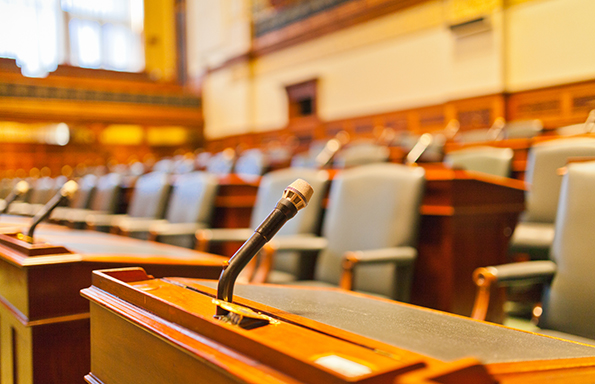 “This dispute involved some persuasive legal arguments on both sides.  But the High Court identified and proceeded from a fundamental question of principle: can the Government use its prerogative powers alone to change the domestic law of the UK?  The answer to that question was “no”.  Since notifying the UK’s withdrawal from the European Union under Article 50 TEU would necessarily lead to changes in domestic law, even if such changes would only come into effect at a later date, it followed that such notification could not legitimately be done by prerogative powers alone.  On its own terms, that is an entirely logical and legally robust analysis.

“So it is disappointing that leading Leave campaigners have immediately reacted to this ruling by effectively questioning the authority and integrity of our judges.  Of course, one might observe that that tallies with Leave’s general political tactics, which include attacking any opposition as biased or elitist, as unpatriotic or anti-democratic.  First expertise.  Then Parliament.  Now the courts.  But even if now familiar, this remains a very worrying trend – clearly reminiscent of some of the divisive rhetoric emanating from the US presidential election campaign.  Is it really responsible – or for that matter, “patriotic” or “democratic” – to seek to undermine the functioning, authority or credibility of our own political and legal institutions, just because they exercise their proper powers in a way that might obstruct the full force and will of a particular ideology or worldview?  Such campaigners have little claim to be the defenders of the UK constitution.  Far from it: they are doing more than their fair share of damage to the fundamental principles – of representative democracy and government subject to the rule of law – upon which our constitution is based.”

“This is a very significant defeat for the government, both in terms of the outcome and the tone of the judgment: the High Court of England and Wales sees the argument made by the Secretary of State as ‘flawed’ at a ‘basic level’.

“The case really represents a clash of different constitutional principles and approaches: for the government, it was about the appropriate division of power between the executive acting at the international level, and Parliament acting at the domestic level.  On the government’s argument, triggering Article 50 is just one stage in a broader process in which Parliament will be necessarily involved, in amending domestic law when it considers the Great Repeal Bill next year.  For the claimants, in contrast, this was about rights being removed by executive action under the royal prerogative, and the High Court has been persuaded by this line of argument.

“Yet it is far from clear that the court is correct, and that Parliament really did intend to displace the royal prerogative power to trigger Article 50.  This begins a process of negotiating withdrawal that has no immediate consequences on domestic law, and Parliament has had multiple opportunities to restrict the government’s power in this respect explicitly, which it has not taken.  This position was one accepted in another judicial review case on Brexit and Article 50 in the High Court of Northern Ireland last week.  It will now be for the UK Supreme Court to confront the clash between these different constitutional visions, and different judgments, in early December.

“The High Court here has waded into the most highly controversial political waters in very bold fashion.  If the Supreme Court agrees, we may have been pushed back into a position where we are forced to revisit the divisive arguments from the referendum campaign, with Parliament at the centre of this.  And in such circumstances, Parliament would not simply be scrutinising the government action taken in response to the referendum result, but entitled to decide (some may think, for a second time) whether to authorise UK exit from the EU.”

One thought on “Legal analysis of successful Article 50 challenge”