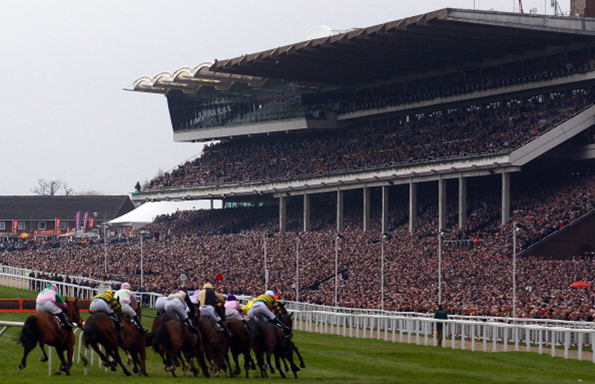 Chris Barlow is a Lecturer in the University of Liverpool’s Management School, home to the Thoroughbred Horseracing Industries MBA

We’re not talking Glastonbury, Isle of Wight or Creamfields but Chelthenham, Aintree and Punchestown.  As the national hunt season leaves the cold, wet winter months behind and leaps forwards like the clocks into spring, the horseracing fraternity are getting their equine athletes primed and ready to do battle in March and April.  Although April’s Aintree and Punchestown festivals are huge in their own right, and Aintree’s Grand National may grab global attention, the biggest festival and the one where every stable hand, jockey, trainer and owner wants to win is Cheltenham.

As iconic as the Pyramid stage is at Glastonbury where historical moments have been created by many of the world’s top acts, it’s Cheltenham’s Cleeve Hill that will provide the unique backdrop for ITV to show some of the highest quality thoroughbreds duelling for the most prestigious prizes in national hunt racing.  Whether it is the Champion Hurdle on Tuesday, the blue ribband Gold Cup on Friday or one of the many handicap races across the four days, a Cheltenham success is reward for all the hard work done by the stable on those dark, cold winter mornings.

It is a unique, four-day, festival of horseracing that attracts over 260,000 racegoers from Britain and Ireland, but one which recently has attracted more than just the typical racegoer in tweed and flat cap.

Last year was the straw that broke the horse’s back as photographers went in search of the photo that would show a different side to national hunt’s biggest showcase.  Photos of punters being sick and ladies believing that the dress code for Ladies’ Day at Aintree applied to Cheltenham hit more than just the sport pages.  Coupled with stories of professional footballers’ throwing urine this has led to the Jockey Club taking action.  Imagine such behaviour at the Olympics, it wouldn’t happen, and this is the equine equivalent of the Olympics and standards need to be upheld. The Cheltenham Festival after all should showcase all that is good about the sport of kings.

The Jockey Club has introduced ’strict’ drinking, not those that you’d be used to from the halcyon days at university based on how many fingers you needed to imbibe, but limits have been put on the number of drinks that can be bought at any one time at the bars.  It looks like the folk in the Guinness Village (or will it be called the “Black Stuff” Village in future years to avoid any direct association with alcohol) are going to have to be patient and listen to a good few renditions of Fields of Athenry before they get served.

As Channel 4, last year’s terrestrial provider of The Festival coverage, rounded off last week’s daytime feast of Crufts and the crowning of Best in Show, ITV will be hoping that their recent growth in the share of Saturday afternoon viewers watching on ITV 4 will transfer across to its Cheltenham coverage on its main channel.  This growth is good news for executives but the proof is in the hay and a true level of success will be gathered from the size of the TV audience this week.  Channel 4 drew 1.5 million viewers for last season’s Gold Cup won by the Michael O’Leary (Ryanair boss) owned Don Cossack, and ITV will be keen to surpass that to justify their decision to provide the coverage.

With the previously highly, anticipated Anglo-Irish finale to the Six Nations having been kicked into touch, at least in the men’s version anyway, another Anglo-Irish battle is about to take centre stage.  To try and add extra spice to festival proceedings, a Britain vs. Ireland competition was introduced in 2014, with the champion being crowned that records the greatest number of Cheltenham winners. Given the difficult year that Irish champion trainer Willie Mullins has suffered the Irish will need some of its other highly rated trainers to step in and get some winners on the board, otherwise the four drinks per punter could be put to the test as the Irish drown their sorrows in the Guinness Village.

As important as the next four days are to ITV executives and the Jockey Club, it is by far and away more important for those involved in the heart of the action.  Cheltenham is what trainers have targeted their horses towards since the start of the season, trying to become the next Arkle, Desert Orchid or Sprinter Sacre.  To win at Cheltenham is akin to winning the Premier League or the All Ireland Final.  So forget about any bad press that may have arisen, focus on the participants both equine and human and enjoy it for what it is, ‘The Greatest Show on Turf’.

The Liverpool View
ITV and the future of live horseracing 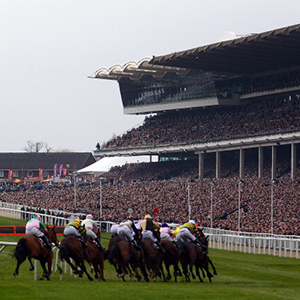