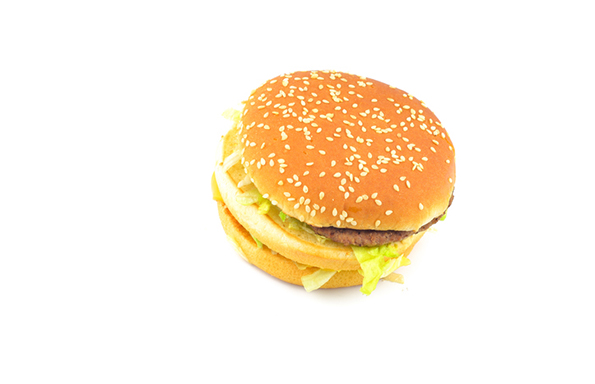 Professor Amandine Garde is Director of the University of Liverpool’s Law & Non-Communicable Diseases Unit, part of the School of Law and Social Justice. Neville Rigby co-ordinates the International Obesity Forum.

After years of mounting criticism of the promotion of junk food through Olympic deals, McDonald’s has broken off its TOP sponsorship of the games three years early. The Tokyo Olympics in 2020 will be first in more than forty years to miss out on burgers and fries.

It would be satisfying to see this as a good news for public health (after Jamie Oliver used the Rio Olympics to join in calls for Coca Cola and McDonald’s sponsorship to be ended), but it remains to be seen to whether McDonald’s, undergoing a major overhaul of its corporate strategy, will seriously withdraw or merely ramp up its domestic promotions during the Olympics in Japan, its second largest market.

McDonald’s, which has suffered past reputational issues and contamination scandals in Japan, as well as recently emerging from under a financial cloud promising to pour billions of dollars back into pockets, made no reference to the decision on its corporate website. Instead it was left to the International Olympic Committee (IOC) to announce their divorce by mutual agreement quoting McDonald’s chief marketing officer Silvia Lagnado declaring the company would ‘focus on different priorities’. The break-up severed a reported £75m deal signed by McDonald’s in 2012 committing it to TOP sponsorship through to 2020.

But McDonald’s will continue to sponsor the Olympic Winter Games PyeongChang 2018 suggesting perhaps that the decision to withdraw support for the IOC came too late to unravel plans for McDonald’s to provide for the Korean games in February. Nevertheless cutting short its sponsorship contract leaves a number of questions unanswered. Is it the IOC or McDonald’s that finally recognised that fast food and sport should not be linked? Are new found principles and public health concerns or mere commercial expediency behind this sudden decision?

The IOC’s statement said it has ‘no immediate plans to appoint a direct replacement in the retail food operations sponsorship category, and will review the category in the broader context of existing Olympic marketing programmes’. Around the London Olympics in 2012, increasing strident criticism was levelled at the IOC over its financial dealings with junk food and the need for better regulation. At the time the then Olympics president Jacques Rogge referred to a ‘question mark’ over future sponsorship from the giant junk food brands. A year later his successor, Thomas Bach, faced calls from public health campaigners to act over the conflict of interest in having the world’s premier sporting event linked to junk food.

While ending McDonald’s sponsorship is itself a landmark event, there remains a far greater challenge for the IOC to break off its even lengthier relationship with Coca Cola. In what appeared to be a defiant policy declaration, the IOC’s vice president of marketing strategy and activation, Melinda May, who spent years as a Coca Cola executive leading the corporations’ Olympic marketing programme, insisted the committee was standing by Coca Cola and McDonald’s.[4]

Independent research has demonstrated that children’s health can be negatively influenced by food marketing, which not only creates confusion among children (and adults) over what is healthy and unhealthy, but can fix long-term habits and preferences for unhealthy food products in generic sectors (e.g. fizzy drinks) and not just for specific brands (e.g. Coca Cola). UN Special Rapporteur on the right to health, Dainius Puras, in a report on sport and healthy lifestyles, recommended in 2016 that states “ban the advertising, promotion and sponsorship of all children’s sporting events, and other sporting events which could be attended by children, by manufacturers of alcohol, tobacco and unhealthy foods”.[1] This has major implications for the Olympic Games and many other sporting events which children attend or view.

More significantly in a previous report , the former UN Special Rapporteur on the right to Health, Anand Grover, had argued  that the rights of the child mandate that States adopt laws that prevent companies from promoting unhealthy food to children: “The responsibility to protect the enjoyment of the right to health warrants State intervention in situations when third parties, such as food companies, use their position to influence dietary habits by directly or indirectly encouraging unhealthy diets, which negatively affect people’s health. Therefore, States have a positive duty to regulate unhealthy food advertising and the promotion strategies of food companies. Under the right to health, States are especially required to protect vulnerable groups such as children from violations of their right to health.”

If ‘the goal of Olympism is to place sport at the service of the harmonious development of humankind’ as the Olympic Charter proudly declares, then most certainly McDonald’s, Coca-Cola and other companies emblematic of the junk food culture underpinning the epidemic of overweight and obesity worldwide should have no place in the Olympic line up.