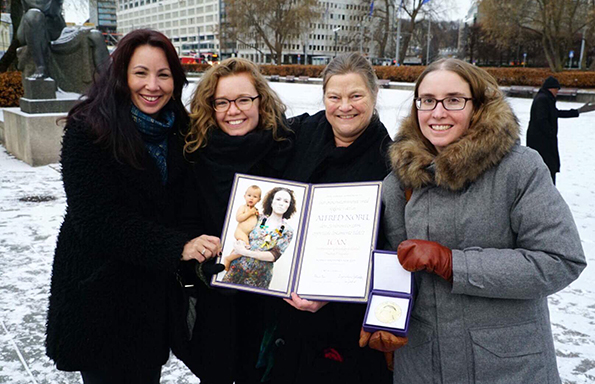 Elizabeth Minor is a Visiting Honorary Researcher and Dr Michael Mair is a Senior Lecturer in the University of Liverpool’s Department of Sociology, Social Policy and Criminology

Last weekend, Elizabeth travelled to Oslo as part of the group being awarded the Nobel Peace Prize on behalf of ICAN, the International Campaign to Abolish Nuclear Weapons (pictures and the speeches from the ceremony can be accessed here and here). It was a very significant moment, but we also feel it is important to set out what it does and does not mean.

The Peace Prize was awarded to ICAN, a global civil society coalition of over 400 organisations, because of its work to galvanise states internationally to negotiate and adopt The Treaty on the Prohibition of Nuclear Weapons in July 2017. The 122 states that backed the Treaty were drawn from across the globe, and negotiated it based on rising concern and new evidence about the catastrophic humanitarian consequences of nuclear weapons. This new evidence had focused these states’ attention on the need for a categorical ban of these weapons.

The 122 did not include the nuclear-armed countries, which have been strongly opposed to this effort to advance disarmament by asserting the illegality and eroding the legitimacy of their nuclear weapons. NATO members, including countries where nuclear missiles are currently based, have also opposed the treaty – though one NATO country, the Netherlands, did participate in the negotiations. For the Treaty to come into force, 50 countries must ratify it, and the nuclear powers are already using a range of tactics, including the threat of the withdrawal of aid and cooperation, to put pressure on other states not to join. Supporters of the efforts the treaty represents will thus need to continue to keep their resolve. 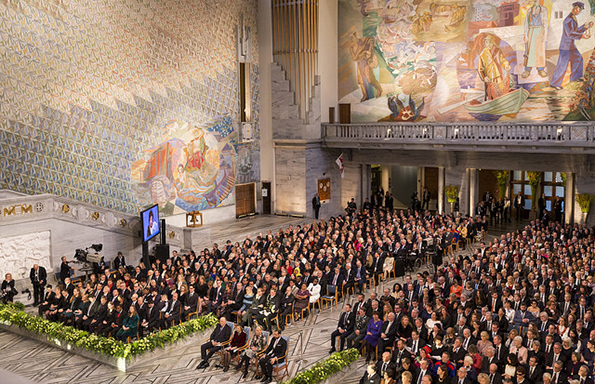 While there remains some way to go for this treaty and ICAN’s work, it is important to understand what the Nobel committee was recognising in awarding the Peace Prize to ICAN. Though not themselves in possession of nuclear weapons, the 122 states from across the world that passed the new Treaty represent countries whose citizens would disproportionately have to deal with the fall-out of nuclear war. In that sense, ICAN has served as the vehicle for an expression of the global public interest. The harms that would result from the use of nuclear weapons would themselves be global and, in emphasising that point, ICAN has pushed it to the front of the global agenda. That is no small feat.

There are good reasons, therefore, to welcome the Peace Prize, not least because it increases the pressure on the nuclear-armed states to recognise the threat their weapons pose to others. As Article 36, the NGO Elizabeth represents on the International Steering Group of ICAN, has put it, the awarding of the “Nobel Peace Prize will boost efforts to prevent the horror threatened by nuclear weapons”.

At the same time, it is also important to recognise that while a ban on nuclear weapons represents incredible progress, nuclear weapons are only one among the many kinds of weapons that either threaten or are currently causing harm in communities across the world today. Progress on nuclear weapons must be matched with progress to address harm from small arms, explosive weapons, drones and lethal autonomous weapons systems to name just a few areas of contemporary concern. Each poses challenges, which are different in each case. With drone strikes, for instance, increasingly front and centre in global conflicts, global action is needed to define limits of acceptable use and halt problematic trajectories in their deployment for unaccountable killing. None of these areas can be ignored. 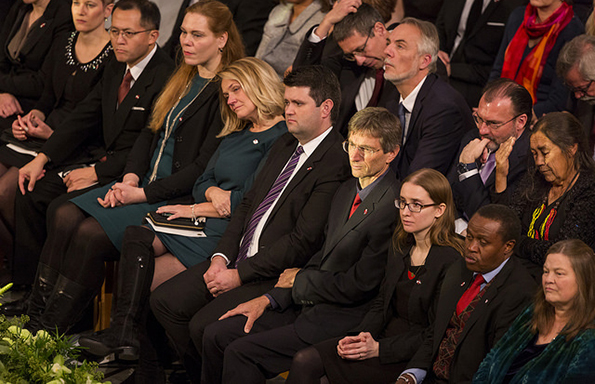 The achievement of the Treaty, and ICAN’s recognition through the Nobel Prize, demonstrates that progress can be made towards abolishing unacceptable weapons and practices when committed states, international organisations and civil society work together, as other disarmament campaign such as those to ban land mines and cluster munitions have demonstrated before. Even without the participation of the nuclear-armed states, the rest of the world can still act to take away the legitimacy of nuclear weapons, which will be crucial to marginalising their dangerous role in international relations.

If we are going to reduce the harm to communities caused by practices such as drone strikes and the use of explosive weapons in populated areas, strengthening international standards in this way – by drawing a line around what is acceptable behaviour and not – will be key, and is also an area where we can see it is possible to effect change.

The Nobel Peace Prize does not signal on its own, therefore, that we are entering a more peaceful world. But by highlighting the work of ICAN, the prize recognises steps and ways of working that can contribute to pursuing that broader goal. These show not just that progress can be made, but how progress can be made, and that is likely to be the most significant legacy of this prize.