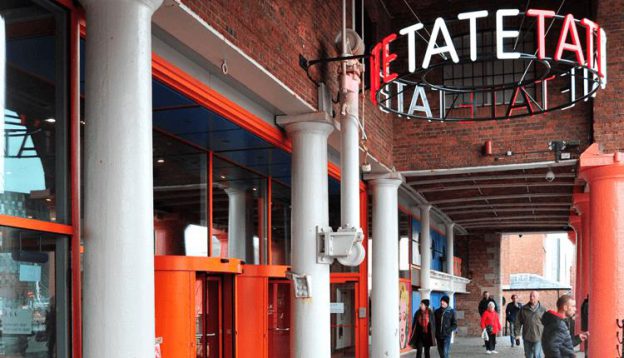 Whether you are new to the city of Liverpool or returning for a new academic year (or maybe you never left!) this city is an exciting place to be.

The Guinness World Records ‘capital of pop’, Liverpool is the birthplace of the most chart-breakers in the world. As home to both Liverpool and Everton Football Clubs, it is also the most successful footballing city in England, winning 27 League championships, four European Cups, three Uefa Cups, one Cup Winners cup, 11 FA Cups, and six League Cups.

And that’s not all. Our city boasts the largest collection of Grade II-listed buildings outside London, holds the national gallery of the North, the Walker Art Gallery, which houses one of the best collections of European art outside London; and is home to the largest cathedral in Britain (and fifth largest in the world), Liverpool Anglican Cathedral.

With all those accolades it’s no surprise that Liverpool has a very rich programme of cultural events, especially in 2018 which marks a decade since the city held the game-changing title of European Capital of Culture. The anniversary is being marked with a year-long celebration with the Liverpool City Region Combined Authority supporting several highlight Liverpool 2018 events with £5 million from the Single Investment Fund (SIF).

Here are just a few of the fantastic events you can check out between now and the summer 2019 #HelloLivUni:

After years of speculation, it has been confirmed that the Giants are returning to Liverpool and Wirral this October (4 – 7 October 2018) for the final part of the Giants Spectacular trilogy. Royal de Luxe, the world’s leading street theatre company, is returning to Liverpool for the third time since its debut in the city in 2008 to put on a free show called Liverpool’s Dream.

The giant spectacle first came to the city in 2012 with Sea Odyssey – a story inspired by the centenary of the sinking of the Titanic. The adventures of the Little Girl Giant, her playful canine companion Xolo and the Diver attracted crowds of around 800,000 and brought in £32million to the local economy. The Little Girl and Xolo returned in July 2014 for Memories of August 1914. This time they were joined by a Grandmother whose stories brought to life the impact of preparations of the First World War had on the city. It is widely regarded as the city’s biggest ever event, attracting one million people and bringing a £46m boost to the local economy.

We’ve created a Snapchat filter for Welcome Week that you can use throughout the week in University Square and the Guild.

Liverpool is home to one of the largest collections of museums and art galleries outside of London – and one of them is celebrating a special birthday in 2018.

Tate Liverpool, a treasure trove of modern and contemporary art, has turned 30 and has put together a host of anniversary treats for art lovers.

Upcoming exhibitions include painter, sculptor and film-maker Fernand Léger, a key figure of international modernity which led to the Pop Art phenomenon. More than 50 of his works will be shown in a must-see retrospective, opening in November.

Liverpool Biennial: Beautiful World Where Are You?

Artists have worked closely with people from the city, including schoolchildren, to create projects such as the popular Resilience Garden in Granby and Time Moves Quickly – a set of public sculptures and artworks at Liverpool Metropolitan Cathedral and Bluecoat. At Blackburne House, visitors can become part of the art themselves by booking in for a facial treatment inside Taus Makhacheva’s art spa.

All exhibitions are free and open Tuesday–Sunday until 28 October. There is also a packed programme of film screenings, talks, tours, family workshops and more throughout the festival.

Showcasing objects from one of the world’s greatest archaeological discoveries, this unmissable exhibition spans almost 1,000 years of Chinese history; from the conflicts and chaos of the Warring States period, to the achievements and legacy of the Qin and Han dynasties.

The vast burial site of China’s First Emperor, Qin Shi Huang, was discovered by chance in 1974 near X’ian, the ancient capital of China. Since then, archaeologists have unearthed more than 2,000 figures, each with individual facial features, clothing and hair, whose job it was to serve the First Emperor in the afterlife.

The exhibition is running now and is open until 28 October 2018 at Liverpool’s World Museum.

September’s Smash the Keys is a 10-day music festival (20 – 30 September 2018) taking place in the city’s beautiful Sefton Park which will put a single instrument centre stage – the piano. Music fans can expect to hear all forms and genres, from jazz to grime, hip hop to swing; played by some of the biggest names in music.

Working with curator and composer Nick Smith, the Royal Liverpool Philharmonic will be presenting the winner of the prestigious Leeds Piano Festival’s first performance and also Emmy nominated piano duo Anderson Roe, to kick off the festival.

The British Musical Fireworks Championship is the only competition of its kind in the UK. Over three nights spectators will see some of the best pyrotechnic companies battle it out to be the winner, judged by industry experts on their synchronisation to music, mood and flow, variety and effects, choice of music, overall design and choreography.

Innovative use of fireworks and music makes each display unique, with the different companies working for months to design the show.

The competition takes place from Friday, 28 September to Sunday, 30 September at Victoria Park in Southport. For further information and to buy tickets please visit the website.

One of Liverpool’s most iconic buildings, St George’s Hall, is once again hosting its acclaimed beer festival this September (27 – 29 September 2018).

Expect 200 different real ales and ciders alongside a gin garden with a selection of boutique gins, spirits, wine and prosecco. There will also be entertainment throughout the sessions as well as hot and cold food provided by local vendors.

All CAMRA members will get a discount with a valid card at the Thursday evening and Friday daytime sessions. For more information and to book tickets, please visit the website.

Liverpool Literary Festival, sponsored by Bruntwood, returns over the weekend of 19-21 October with a packed line up of speakers, including Tony Robinson and 2018 Man Booker Prize longlist nominee, Sally Rooney.

For the full line up, and to book your tickets, please visit the Liverpool Literary Festival webpages.

Running from 16 November – 23 December 2018 Liverpool’s annual Christmas market is now in its 11th year. Boasting more than 60 stalls and 3 outdoor bars, the event will take place outside the city’s iconic St George’s Hall.

The Lanterns at Chester Zoo

On selected dates from 23 November to 23 December, Chester Zoo will transform for this spectacular event giving visitors the chance to experience the zoo in a different (and much more twinkly) light in an event inspired by the Zoo’s exotic and endangered animals and plants.

There will be new fantastical and colourful worlds, full of animal-inspired illuminations and traditional festive scenes along with a colourful oversized Butterfly Garden, Nordic markets, stunning Christmas trees and a magical ice kingdom.

For more information and to book tickets, please visit the website.

LightNight returns on Friday, 18 May 2018, unlocking the doors of Liverpool’s best-loved and lesser-known arts, culture and heritage venues late into the night. A culture crawl like no other, visitors of all ages are invited to follow an unforgettable trail of events in celebration of the city’s year-round world-class cultural offer.

LightNight showcases the creative lifeblood of Liverpool, presenting new and ambitious artistic commissions amidst a vibrant programme of more than 100 events including everything from concerts, exhibitions, hands-on workshops and dance to street performance, theatre and talks. It’s the perfect chance to enjoy the bustling atmosphere and experience the city’s cultural offer after-hours with friends and family.

Liverpool Sound City is the largest international music, digital and film festival and conference in the UK. Previous years have seen the likes of Florence and the Machine, The Maccabees and Ed Sheeran take to the stage.

Taking place across the first spring bank holiday Friday 3 – Sunday, 5 May, Sound City will once again, be taking over the iconic warehouses, intimate spaces, outdoor stages and pop-up places which form the renascent Baltic Triangle and Cains Brewery areas of the city.

Be the first to know about events at the University by signing up to our Events newsletter. If you go along to an event, write a review and get published via Student News. Just email Student Communications Manager, Jo Brown with your idea.