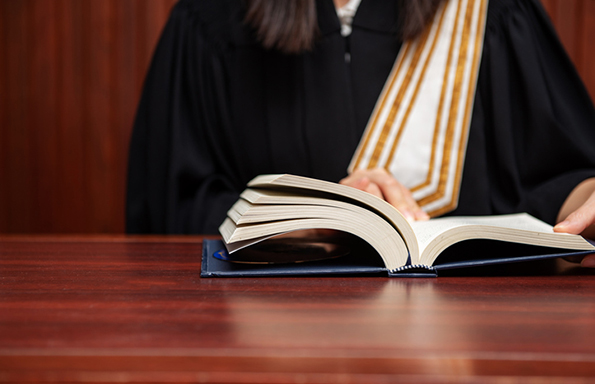 Professor Sandra Walklate is Eleanor Rathbone Chair of Sociology and Dr Kate Fitz-Gibbon is Honorary Research Fellow in the University of Liverpool’s School of Law and Social Justice.

On February 28th 2019, three judges of the Court of Appeal quashed Sally Challen’s 2011 conviction for the murder of her husband. She was sentenced to a minimum term of 22 years imprisonment reduced later on appeal to 18 years. Since her conviction a criminal offence of coercive and controlling behaviour was introduced under Section 76 of the Serious Crime Act 2015. Sally Challen’s defence team, and much of the press coverage concerned with this case, have made significant play of the presence of this offence and its utility in cases like this one where there is evidence from family and other testimony that the defendant was living in a coercive and controlling relationship as mitigation for their acts of violence in response. In this case the defence explained that this violence resulted in Sally bludgeoning her partner to death with a hammer.

The impact of living in a coercive and controlling relationship has long been recognised by those working in the field of violence against women. The kind of control experienced may not manifest itself primarily in physical violence but rather in psychological, emotional and financial abuse resulting in the victim (usually a woman) living with the same kind of fear and intimidation as if physical abuse were present. Sometimes the psychological, sexual and physical abuse are inseparable sometimes they are not. The sense of powerless and worthlessness induced in the recipient of such control can lead to a level of dependency in which the resort to lethal violence appears to be the only way out. Three expert witnesses were in attendance at Sally Challen’s appeal including one of the main activists and proponents of coercive control, United States clinician Evan Stark who was also influential in the formulation of the 2015 English legislation.

Interestingly however, while coercive control has featured heavily in media reporting of the Challen appeal, in summing up the appeal hearing Lady Justice Hallett is quoted as stating:

‘There might be those out there who think this is appeal is all about coercive control but it’s not…Primarily, it’s about diagnosis of disorders that were undiagnosed at the time of the trial.’ )

The Court of Appeal judgment went on to quash Challen’s 2011 conviction on the grounds of evidence that she was suffering from two psychiatric disorders at the time of the original offence which was not considered by the court in her original trial for murder. Further in ordering a retrial the appeal judges did not recommend bail neither did they downgrade the charge to be faced from murder to manslaughter (as requested by the defence team). Consequently, the court has requested that Challen be tried again for murder in due course. The timing of that is unclear but as it stands at present she will remain in prison until an outcome in that trial has been reached.

Is this a landmark ruling?

Well at this point in time the answer has to be ‘no’. What seems to have occurred here is that evidence that should have been made available to the court at the time of the first trial had not been. Although media reporting has suggested there is some dispute over the strength of the psychiatric reports provided to the court, raising a partial defence of ‘diminished responsibility’ (in which the mental state of the offender at the time of the offence can offer a legitimate case in mitigation leading to the reduction of the charge from murder to manslaughter) has historically worked well for women in cases of this kind. It would appear that the Challen retrial may well turn on how effective or otherwise the case of diminished responsibility, as opposed to coercive control, can be made. In this respect it is not a landmark ruling. It reasserts the presumption that a women who kills must be mad (or bad) and perpetuates the ways in which the laws in relation to homicide are gendered in privileging the male view of the world and excluding women’s real life experiences of violence.

The decision has synergies with heavily criticised battered women case law from England and Wales, including for example, the high-profile case of Kiranjit Ahluwalia who, following ten years of intimate partner violence killed her abusive husband. In December 1989 she was convicted of murder and sentenced to life imprisonment, having been unsuccessful in raising a partial or complete defence to murder. In her 1992 Appeal, the court ruled that the traditional interpretation of the criminal law failed to allow for women’s experiences of intimate partner violence to be heard and that requirements in the law of self-defence – namely that of a ‘sudden and temporary loss of control’ – excluded women from the remit of such defences. This decision was too hailed at the time as bringing women living with violence within sight of the law.

It is now 2019 and we have a similar case heralding similar aspirational outcomes. However it is more than likely that what has happened here is more of the same. Women who kill are either mad or bad. The law remains intact and gendered.