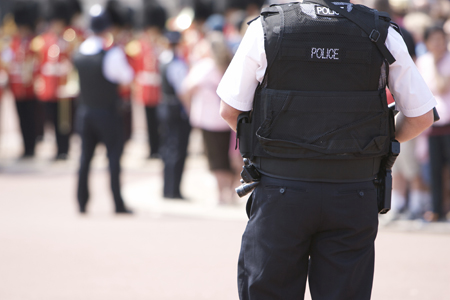 “The impending replacement of police authorities by elected police and crime commissioners (PCCs) represents the most radical shake-up of the governance of policing in England and Wales in decades. Yet, public interest in the changes has been limited.

For months now, journalists, columnists, bloggers and tweeters have reported that up to nine-tenths of the population either do not know anything at all about PCC elections, or else have next to no idea when they are and what they are for. Since political commentators (and I guess I am one) spend so much of their time speaking to each other, these regular observations about low levels of public awareness have done little to tackle the problem they highlight.

Interest may yet pick up. Now that nominations have closed, the campaign can start in earnest. Local and regional media coverage of the contests will grow. The public awareness campaign (on television, radio and on-line) launched by the Home Office on 6th October will help spread the word.

But, it remains a virtual certainty than turnout will be low. Unlike parliamentary or local mayoral elections, there will be no facility for state-subsidised mailings of the candidates’ election addresses direct to electors. Instead, the Home Office has established a dedicated PCC website, which will host the election addresses submitted by the candidates in each police district.

It is difficult to see how this arrangement will excite popular interest in the elections. Indeed, the Electoral Reform Society has warned that the lack of subsidised campaign materials, compounded by the decision to hold elections in the dark, and probably damp, depths of November, could result in a turnout of less than 20 per cent.

“If only a small minority of electors turn out to vote, the resultant message about what the public ‘want’ from local policing risks being extraordinarily unrepresentative”

All of this seems deeply ironic given that the stated rationale for PCC elections is that they will ensure that local residents will come to have a much greater say, via the ballot box, in what the police do and how they are held to account.

The argument in favour of elected PCCs runs like this. By concentrating power in the hands of a single individual, with a clear popular mandate for his or her policies, PCC elections will result in a step-change in policing practices. Moreover, the switch will make it fully clear who has responsibility for decisions about policing and, should problems arise, where the buck stops.

This rationale risks being fatally undermined if the vast majority of electors opt to stay at home on 15th November. If only a small minority of electors turn out to vote, the resultant message about what the public ‘want’ from local policing risks being extraordinarily unrepresentative.

Likewise, Commissioners elected by a narrow margin on a turnout of, say, 15 per cent, may well find that their claims to possess a popular mandate for change are found to be less than convincing, particularly among Chief Constables!

There are other risks too. There is widespread concern that PCC elections will serve to politicise policing. Let us leave to one side the question of whether crime and policing are already politicised. The very act of holding elections, at which candidates representing parties compete, on the basis of rival policy platforms, to secure office as police and crime commissioners, is clearly political.

So, what about the voters? For the minority who do turn out to vote, will they choose on the basis of their assessment of the relative pros and cons of the candidates’ rival policies? Or will they stick with making a decision based on party labels, as they generally do in local elections?

Since these are the first PCC elections, and they effectively concern a single issue, we have no real evidence from which to predict how voters will behave. That said, it would be astonishing if the PCC ballots produce anything over than an electoral map which is overwhelmingly shaded blue across southern England and red across most of Wales and northern England. The ramifications of such an outcome for the politics of policing will become clear in the months and years ahead.

In the meantime, I’m happy to venture one more confident prediction: once the votes are counted, the results will be seized upon by both of the main two political parties as evidence of their popularity with voters.”

2 thoughts on “The Liverpool View: Police and Crime Commissioners”