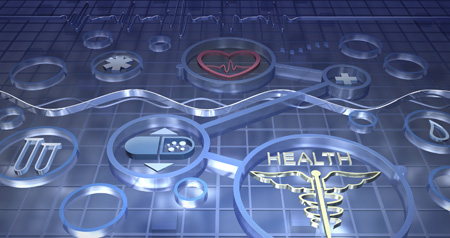 “Although I may have penned, over the years, articles, reviews, chapters, even in recent years  e-bulletins and e-letters, I have to admit that I have never blogged. Where will it end? It probably won’t be in tweeting – although a dozen or so faithfuls have been following me on Twitter for over a year waiting for my first tweet to emerge.

I don’t yet understand the risks of blogging, but I did find, to my cost, the dangers of e-bulletins. In writing one to a group of medics I mentioned that perhaps, maybe, society should look at taking more of a health approach and less of a criminal one towards heroin addicts.

Not too radical statement, you might think. But after a decade of failing to raise the media profile of the health harms from alcohol, I was jettisoned onto front pages, national news, BBC2 Newsnight etc with a ‘Top Doc Drug Shock’ story. My favourite coverage was in the web-based ‘Daily Mash’.  I won’t expand on that theme now, on the principle that I should start blogging gently, but will return some time to the topic of the ravages of alcohol.

”It will take some time, at least a year, before we see how the massive health service upheavals bed down and the impact of financial cut-backs”

Instead, I shall flag up a couple of related opportunities to really make a difference to health and healthcare in Liverpool, both in their early stages. The first is the alliance that has been recently formed between the University, the major Liverpool hospitals and the School of Tropical Medicine, known as Liverpool Health Partners (LHP), aimed at developing an Academic Health Science System in the city.

There are many examples worldwide of such collaborations producing much better alignment in the areas of research, education and healthcare delivery – making the “sum greater than the individual parts”. I chair the Board that oversees LHP and already there are clear signs of the partners working better together, such as in the development of a Joint Research Office.

The other initiative, about to get under way, has been set up by Liverpool’s elected mayor, Joe Anderson. We are the first of England’s eight core cities outside London to have an elected mayor, and it is a welcome move towards more regional self-determination and funding (a theme in Michael Hesseltine’s report to the Prime Minister this week). Joe has initiated  commissions on education, on Europe and on health, and has asked me to chair the one on health.

I have told him that it will take some time, at least a year, before we see how the massive health service upheavals bed down and the impact of financial cut-backs, and so this commission will not be a ‘quick fix’.  But it is a huge opportunity to bring some powerful national figures in as commissioners and demonstrate to them the potential for positive change that undoubtedly exists in this great city.”