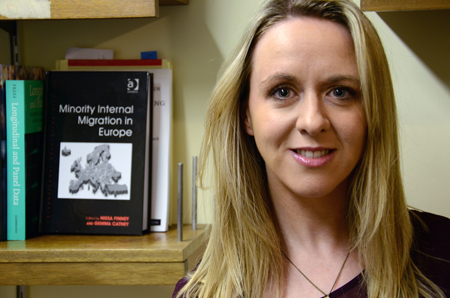 “Growth in the number of households of mixed ethnic groups reflects integration at the most personal level, more profound even than mixing within the neighbourhood.

The rise in the number of households with members of different ethnic groups, such as through mixed ethnicity marriages and other partnerships, reveals the intimate ways in which the population of England and Wales is diversifying and integrating.

The increase in the number of individuals reporting themselves as being of a mixed or multiple ethnic group is a reflection of the increase in mixed ethnicity partnerships and subsequent children, and a useful indicator of increasing integration in England and Wales.

The growth in the mixed or multiple ethnic group categories may also offer insight into the different ways in which people now report their ethnic group, symptomatic of increased tolerance and acceptance, whereby people may feel more comfortable with expressing their mixed ethnicity.“

Viewpoint: How likely is Britain to lose its prized triple-A credit rating?