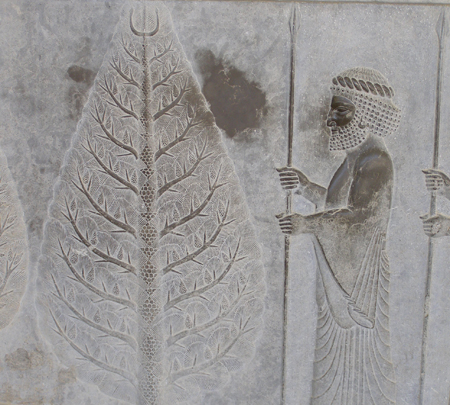 Thomas Harrison is Rathbone Professor of Ancient History and Classical Archaeology in the University of Liverpool’s Department of Archaeology, Classics and Egyptology

“When the 18-year-old Ted Turner (later the founder of CNN) told his father that he had been inspired to major in Classics, his father’s reply was less than positive. “I am appalled” he wrote, “as a matter of fact, I almost puked on the way home.”

Ted Turner published his father’s lengthy diatribe in the student newspaper, and never looked back.

I’ve never excited such an extreme physical reaction to my choice of career as an ancient historian, but when your subject is used as a short-hand for irrelevance, you become familiar with a range of responses. “You don’t look so ancient” – sadly not so frequent any more.  A look of patronising incomprehension – only last week from a hospital consultant.  But more and more commonly also, unvarnished excitement.

I’m not always clear what the basis of the excitement is. To meet such a rarified bird, someone actually paid to do that? Invariably, though, I fail to live up to expectations. Did I see the latest classical documentary? Almost certainly not. It must be so exciting having an excuse to go to Greece a lot? I don’t go nearly as often as I’d like. So I am reduced to embarrassed muttering.

As such encounters suggest, Classics is undergoing a renaissance.  New programmes on Greece and Rome are coming to our screens almost daily, all puffing up their novelty.  A procession of Classical blockbusters and best-selling books for all ages reflect the same curiosity.

”Depressingly, just as Classics has been escaping its socially elitist reputation, it has been forced into the position of trading on it. Latin, in particular, has been used as a token of old-fashioned rigour”

More fundamentally, there have been significant rises in the number of pupils taking up Classical subjects at school.  As a recent debate on Classics in the House of Lords made clear, the greatest obstacle to the expansion of subjects like Latin and Ancient History is the lack of sufficient numbers of trained teachers to satisfy demand.

Liverpool, I am proud to say, is at the forefront, developing pioneering projects with local schools helping to train teachers in Ancient History.

Despite all this, the reputation of our subject is not unclouded. “I am a practical man”, Ted Turner’s father wrote over half a century ago. “With whom will you communicate in Greek?” The point of studying Classics, he supposed, was to “distinguish yourself from the herd by becoming a Classical snob”.

Depressingly, just as Classics has been escaping its socially elitist reputation, it has been forced into the position of trading on it. Latin, in particular, has been used as a token of old-fashioned rigour, a dog-whistle for the ‘right sort’ of aspirational parents.

How do we respond? We can point to the evidence. That children of all backgrounds and abilities learn from studying Classical subjects. That Classicists and Ancient Historians are highly sought-after by employers for their skills, and so on.

All these arguments were rehearsed by their Lordships, with a good deal of classical learning for good measure. But there is a danger – especially at a time when all UK Arts academics betray a slightly hunted look – that we internalize the critique of our subject.

”How can the Romans’ experience of malaria inform attempts to suppress the disease today? What can one learn about the government’s attempt to measure happiness from Platonic philosophy? The answers to these questions were a delight”

By some way the most invigorating things I have read this year, by contrast, were the entries to a new prize competition run by our department, the Postgate and Walbank Prize. Sixth-formers were asked to explore any contemporary question of their choice in the light of their knowledge of the ancient world.

Pupils from across the country – some of them without any opportunity to study the ancient world in their schools and colleges – tackled a dizzying variety of topics. But what they all had in common was the freshness of their answers, their lack of self-consciousness in putting ancient and modern experience together.

How can the Romans’ experience of malaria inform attempts to suppress the disease today? What can one learn about the government’s attempt to measure happiness from Platonic philosophy? The answers to these questions were a delight.

There may be a lesson in this for us professionals. Yes, skills and employability are crucial. But we should never allow ourselves to become forced on the defensive. Turner Snr.’s response to Platonic philosophy was to marvel at a society that spent so much effort on “useless deliberation”.

Classics cannot save lives. But it can enrich them

Classics cannot save lives. But it can enrich them. Like many of the most important things in life – a Mahler symphony, the game of cricket, take your pick – on a mechanically utilitarian level, reading Thucydides or Plato is indeed pointless. As magnificently, extravagantly pointless as the search for mysterious particles intriguingly described by Themis Bowcock, just as all-consuming, and – dare I say it – considerably cheaper.

In Liverpool we are lucky. Our subjects have been well supported here for generations. On the back of this history, we have magnificent resources such as our (splendidly refurbished) Garstang Museum.

Like our sixteen-year old prize-winners we should glory in our subject, and just get on with it – without embarrassment.”

One thought on “The Liverpool View: I’m an ancient historian. Feeling queasy?”