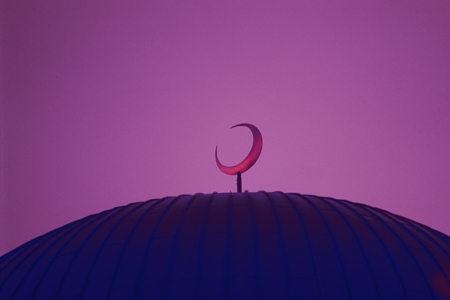 “In January 2011, Baroness Warsi claimed that Islamophobia had ‘passed the dinner-table test’, meaning that prejudice against Muslims was commonplace in British society. This unique intolerance of Muslims can involve stereotyping, discrimination and even harassment of the significant number of Muslims that now live in Britain.

Even though two years have passed since a high-profile politician like Warsi highlighted the problem, it appears little has changed, which is why in January 2013, she again made public comments explaining that Muslims are still marginalised in British society.

Academics and researchers who specialise in the lives of minority communities in Britain are well aware that even though we often glorify ourselves for supposedly purging prejudice against minorities from our society, this actually equates to a ‘myth of tolerance’. It is a myth because so much research confirms that various types of prejudice are still endemic in British society.

As one of the most common forms of prejudices, since 9/11, Muslims have increasingly become seen as ‘outsiders within’, who are imagined as not belonging in Britain because of their assumed alien values.

“Since 9/11, Muslims have increasingly become seen as ‘outsiders within’, who are imagined as not belonging in Britain because of their assumed alien values ”

There has been a slow recognition of Islamophobia in some circles beyond academia.

For example, in November 2012, the Leveson Inquiry which examined news media conduct from many angles concluded that Muslims, along with asylum seekers, immigrants and travellers, are commonly derided in the mainstream press.

More recently, a couple of weeks ago, Keith Vaz MP tabled an Early Day Motion in Parliament suggesting that Islamophobia be recorded by police forces across Britain so that it can be better understood.

This would be a significant step forward it understanding the way Islamophobia operates in British society.

The Islamophobia petition has only managed to receive as many MP signatures as a petition against dog attacks on postmen!

The point here is not that turtles, elephants and postmen don’t matter, but that it appears as though there is reluctance from the most influential figures in society to acknowledge that the 3 million Muslims living in Britain are at risk of discrimination. This attitude of denial is rather disturbing, especially since it resides with the well-educated and well-briefed elite.

Those of us who observe and record Islamophobia in the news media, in entertainment media, in political rhetoric and other spheres don’t only face an uphill struggle to raise awareness of this issue because of ignorance though. There are also protagonists who actively seek to dismiss Islamophobia as a concept because they claim it is one that prevents free speech and criticism of Islam as a religion.

It may be uncomfortable to accept, but throughout history, many people, tribes and nations have been guilty of racist and xenophobic attitudes and behaviour, including Brits.

We need to have enough maturity to recognise that even in the present era, prejudices against various groups are still rampant.

In Britain, one of these marginalised groups are Muslims, who are often imagined in negative ways which not only leads to oppression and injustice, but is typically based on inaccurate understandings of a group constructed as an Other, who are in reality, more similar to the average Briton than many realise.”

5 thoughts on “The Liverpool View: Islamophobia in contemporary Britain”