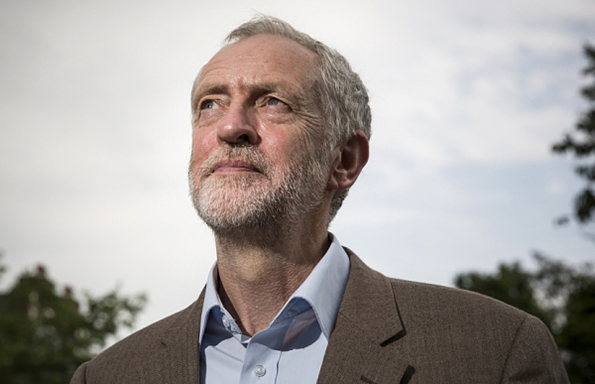 Since winning the Labour leadership, Jeremy Corbyn’s criss-crossing of the country to address public meetings has slowed, but not stopped. His speaking engagements as leader have already taken him to Bristol, Leicester, Blackpool, Manchester and Scotland. His next visit takes him to the University of Liverpool to address around 900 people at an event organised by Labour Students and hosted by the Guild of Students.

Jeremy Corbyn can expect a positive reception in Liverpool, where Labour seats are as safe as they come. Labour won 15 of Merseyside’s 16 constituencies in 2015, securing “ultra-safe” majorities of more than 20% in 13. You do not need to be a psephologist to wonder if Corbyn speaking to Liverpool’s students is the electoral equivalent of carrying coals to Newcastle. Rather than racking up more votes in Liverpool, Labour needs to win back voters in towns such as Nuneaton, Carlisle and Swindon, far from the metropolitan core and the big university campuses.

A radical city, of sorts

But there is more to Corbyn’s visit to Liverpool than an electorally futile exercise in preaching to the converted. While his views will resonate with much of his audience, Corbyn will not be speaking to an echo chamber. Certainly, Liverpool has a reputation for left-wing radicalism, to which Corbyn fondly alluded when he addressed more than 1,000 people at the city’s Adelphi Hotel in August.

Liverpool’s radical traditions, however, need some qualification. True, the city often goes against the political grain, but that does not always mean it tacks left. For example, when New Labour won a landslide victory in 1997, Liverpool’s electors responded by returning a Liberal Democrat-controlled council for almost all of Blair’s 10-year premiership.

Equally, the University of Liverpool is not known for radical student activism. It is not a Sussex or a SOAS. On balance, the student body is left-leaning, but not to the exclusion of other political viewpoints.

Labour is the largest of the party political student societies, but it is dominated by moderates, and students with rival political affiliations are just as visible. While there is no left-wing surge among the student body, a more general awakening of student interest and engagement in politics is evident.

This semester, students have met at the Guild each Wednesday at noon to watch Prime Minister’s Questions. Among those attending, there is sympathy for Corbyn’s attempts to foster a “new politics” – but few feel he is managing to achieve it.

If Corbyn’s visit will take him at least a little out of his comfort zone, it may also be more strategic than is immediately obvious. In May 2016, the devolved and local elections will provide the first major test of his leadership and it is crucial for Project Corbyn that the party performs well in the big mayoral contests in London, Bristol and Liverpool. Corbyn has already visited Bristol, where Labour hopes to win the mayoralty from an independent. Liverpool’s Labour mayor faces no serious challenge, but a dent in his majority would cause real concerns among northern Labour MPs.

While Corbyn is in Liverpool he will meet Professor Janet Beer, the University of Liverpool’s vice chancellor and the vice-president of Universities UK. Along with other vice chancellors, Beer expressed clear reservations about Labour’s 2015 manifesto commitment to reduce student fees to £6,000. During the leadership campaign, Corbyn proposed to abolish fees altogether. If his plans are to be credible, he needs to win over senior figures in higher education.

Like the vice chancellor, Liverpool’s students will also want Corbyn to clarify his stance on tuition fees, which has moved from fully-costed plans for free university education to a review which “rules nothing in or out”. There will also be a very real interest in what he has to say on the big international issues of the day, notably the environment, the refugee crisis and how to respond to Islamic State. If Corbyn can advance credible ideas for tackling these concerns, he may win more activists to his cause.

Corbyn’s political strategy depends on mobilising younger voters and activists. It won’t be easy, but universities are the obvious place to start. Expect to see JC on a campus near you shortly.