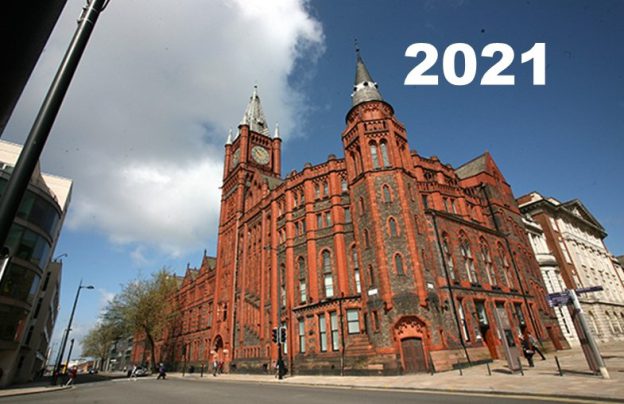 As we head towards the New Year, we look back at some highlights from across University News over the past twelve months.

Liverpool researchers continued to be at the forefront of tackling the COVID-19 pandemic, from testing potential new treatments, to evaluating Liverpool’s mass testing pilot, informing how live, large-scale events could resume safely, delivering informed Policy Briefs on pandemic recovery and much, much more.

Our students also made vital contributions to the effort, including more than 500 students from our School of Medicine who volunteered to support the national COVID-19 vaccine roll out.

In September we launched a new Pandemic Institute alongside partners from the city region, which is committed to helping the world prevent, prepare, and respond more effectively to future pandemics.

While Management School research, backed by campaign group Covid-19 Bereaved Families for Justice, revealed the devastating impact of the pandemic on those who lost love ones, prompting a question to Government in the House of Commons.

All you need is… Liverpool 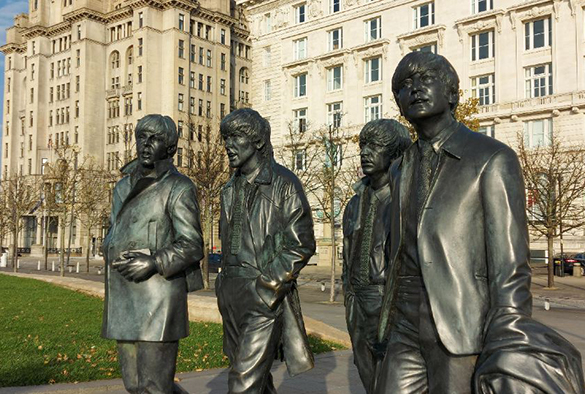 In February, we launched the world’s only Masters in The Beatles, Music Industry and Heritage, offering students the opportunity to study the Fab Four’s impact on music and heritage, and drawing international media attention, with features in the New York Times, Rolling Stone and many more.

Liverpool Football Club striker Divock Origi launched a new scholarship in summer, benefiting two local undergraduate students studying at the University from September 2021. A similar scheme was set in motion by the Management School, in partnership with Sky and anti-racism charity, Kick It Out.

We also played an important role in the city’s response to the critical Caller Report and UNESCO’s decision to strip its World Heritage Status, with Professor Michael Parkinson appearing on screens and in print across the globe.

Our £3 million fundraising target for the construction of our Yoko Ono Lennon Centre was successfully achieved in December. The new state-of the-art cultural landmark is well on the way to its official opening in March 2022 and is the venue for our Class of 2020 and 2021 in-person graduation ceremonies.

An £8.8 million EPSRC Prosperity Partnership was announced in April bringing together world-leading scientists from the University, Unilever and the University of Oxford to transform the global chemical supply chain and help the UK achieve Net Zero by 2050.

Liverpool researchers discovered a new inorganic material with the lowest thermal conductivity ever reported, paving the way for the development of new thermoelectric materials that will be critical for a sustainable society.

Staff from across the University attended the landmark COP26 in Glasgow in November. They were there to observe negotiations, contribute to discussions, present at events and promote our research expertise.

Dr Steve Finnegan was there to present his work with KFC, as the restaurant chain seeks Net Zero, while fellow attendee, Professor Ric Williams reflected on the event and its outcomes.

In February research revealed that a new anti-obesity drug was almost twice as effective in helping people lose weight than other current weight loss medications. The findings were hailed as a “game changer” for improving the health of people with obesity.

A once-in-a-decade moment – the Census – took place in March and researchers from the Geographic Data Science Laboratory took time to explain why people should complete it and how they actively use the data to better understand society.

A new type of typhoid vaccine was found to be safe and 84 percent effective in protecting infants and young children against typhoid in Malawi. The findings are critical as typhoid is an increasing public health threat across sub-Saharan Africa with an estimated 1.2 million cases and 19,000 deaths each year.

To infinity and beyond 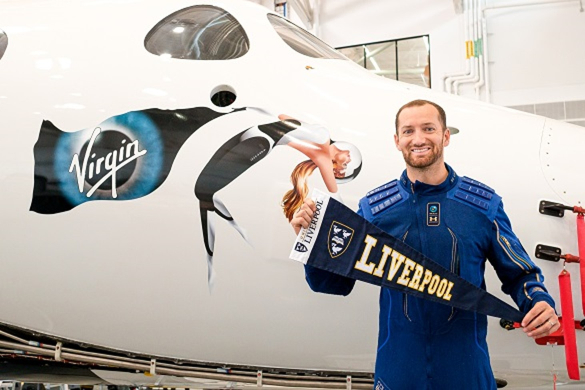 Aerospace Engineering graduate, Colin Bennett, accompanied Sir Richard Branson on the first ever fully crewed mission to space. He took the time to reflect on how his studies at Liverpool led him to take the journey of a lifetime aboard the Virgin Galactic Unity’s historic spaceflight.

Meanwhile, scientists from our MicroAge project sent laboratory-grown muscle cells up to the International Space Station (ISS) in December. Findings from the UK Space Agency-supported study will improve our understanding of the way muscles fail to respond to exercise in older people and in astronauts in space. 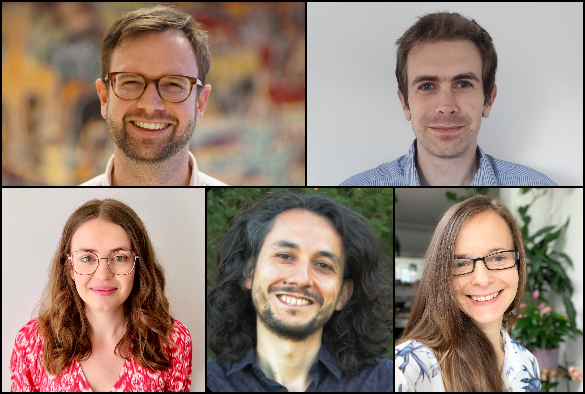 Four Liverpool researchers were awarded Queen’s Honours for services to Covid-19 and their respective fields this year. Professor Tom Solomon was honoured with a CBE, Professor William Hope was awarded an OBE and Professor Laurence Alison received an MBE. Last week Professor Calum Semple also picked up his 2020 OBE from the Prince of Wales at Windsor Castle.

Congratulations to @ProfCalumSemple who has received his OBE for services to the Covid-19 response from the The Prince of Wales at Windsor Castle today.